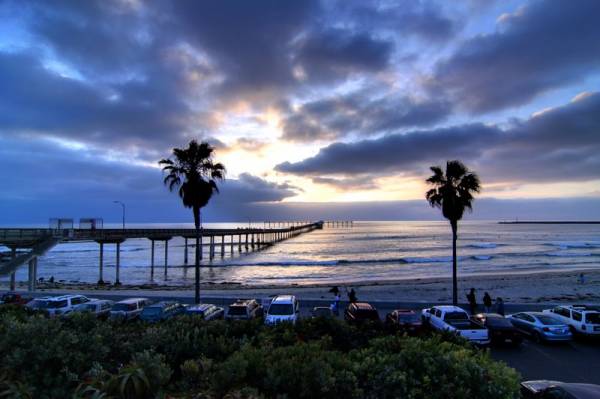 For the third month this year, the world's oceans set a record for the warmest they have ever been since at least 1880, the National Oceanic and Atmospheric Administration (NOAA) reported on Monday.

September had the highest global average sea surface temperatures of any month on record since instrument record-keeping began, with a global average temperature of 61.1 degrees Fahrenheit. This was warm enough to set another milestone that had already been set two previous times this year; the average global sea surface temperature was so warm in September that it broke the all-time record for the highest departure from average for any month since 1880, at 1.19 degrees Fahrenheit above average.

These records are equivalent to a political candidate winning election but also setting a record for the largest margin of victory ever.

"Record warmth was observed in parts of every major ocean basin," NOAA said, with some of the most unusually warm conditions found in the northeastern and equatorial Pacific Ocean.

The margin of error in these global average sea surface temperature calculations is plus or minus 0.07 degrees Fahrenheit, the NOAA report says.

That is, at least until the next month breaks the records yet again.

As far as global average temperatures go, when both the land and the ocean are included, every month so far in 2014 has been among its four warmest on record, the report reads. In addition, May, June, August and September were all record warm. (The report is from NOAA's National Climatic Data Center in Asheville, North Carolina.)

In September, there were warmer-than-average conditions almost everywhere across the world, except for central Russia, portions on Canada, "and a small region in Namibia."

While natural climate variability, including a developing El Niño event in the Pacific, likely accounts for some of the record heat this year, the long-term global warming trend is unmistakable, and scientific report after report have conclusively linked this to manmade emissions of global warming pollutants such as carbon dioxide and methane.

It is going to be difficult for the year to wind up being anything other than record warm, NOAA data shows. For example, if each month from October through December matches its 21st century average temperature, then the year will at least tie 1998 and 2010 for the warmest year on record, NOAA said on Monday.

If these months' average temperatures rank any warmer than that, then the year will be the warmest in the NOAA dataset. The year is also on track to be the warmest on record in the data kept by two other agencies, NASA and the Japan Meteorological Agency.