Posted by ep-admin on Wednesday, 30 November 2011 in Fossil Fuels

A carbon tax bill is introduced in the U.S. House of Representatives. 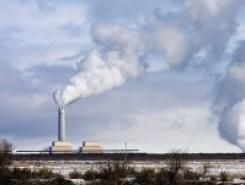 Nine House Democrats introduced a bill on October 24 which would create a "simple tax on carbon," in the words of its lead sponsor, Rep. Pete Stark (D-CA). The bill, the Save Our Climate Act (HR 3242), probably doesn’t have a proverbial snowball’s chance in hell making it out of committee with the Republicans in control of the House, but I can’t help but root for it. I love to root for the underdog, and having been a life long San Francisco Giants fan, I have had years of practice. Like the Giants, the Save Our Climate Act (SOCA) might pleasantly surprise me.

SOCA imposes a tax on each ton of carbon in a fuel. It would be similar to a sales tax levied on fossil fuels’ producers at the first point of sale. The price would start at $10 per ton of carbon dioxide and increase by $10 per ton every year until targets are reached. Foreign companies would be subject to the tax also, but American companies that export carbon-based goods would have the carbon tax refunded.

SOCA dedicates $437 billion to deficit reduction over 10 years. Revenue generated will be distributed back to people as a yearly dividend. The average dividend in the first year of the bill would be $172 per person, $761 in the fifth year and $1,126 in the tenth year.

The Carbon Tax Center estimates that over 10 years, the bill would raise over $2.6 trillion in revenue and reduce carbon emissions by 25 percent.

"Rep. Stark's bill dispels the fog that has enveloped climate policy by relying on price incentives and American ingenuity rather than caps or coercion," said Charles Komanoff, energy economist and director of the Carbon Tax Center. "The Save Our Climate Act picks no favorites, sets no artificial caps, and has no rigged trading system. Polluters will lose and middle-class families will win." Here is a highlight of Rep. Stark’s floor statement when he introduced the bill:

“A carbon tax is a straightforward way to reduce our dependence on fossil fuels, spur development of alternative energy, slow climate change, and decrease our deficit.”

“A steadily rising carbon tax will provide the certainty American businesses needs to make the long-term investments in new energy sources that will break our addiction to fossil fuels. The United States can be the leader in green energy. A carbon tax will help to unleash American innovation and create jobs.”

“We have a moral obligation to act to prevent catastrophic climate change and preserve our planet for future generations. The Save Our Climate Act is a first step toward meeting that obligation and creating a sensible tax code that incentivizes innovation and rewards responsibility. I encourage all my colleagues to support it.”