Meat Consumption Must be Cut to Reduce Greenhouse Gases 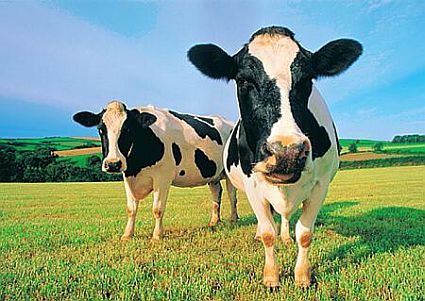 In the developed world, citizens take advantage of the enormous bounty of meat while shopping at markets and dining in restaurants. For some, a meal can only be classified as real if it contains some kind of meat in it. According to the UN, the attitude towards meat consumption has to change, and people must cut back. This is a necessary step in reducing one of the most potent greenhouse gases, nitrous oxide (N2O). A recent study by the UN Intergovernmental Panel on Climate Change (IPCC) suggests that the developed world needs to cut its meat consumption by 50 percent per person by the year 2050.

The main sources of N2O are the spreading of synthetic nitrogen fertilizers used in agriculture, the storage of fertilizers, and the use of livestock manure. Microbes break down the fertilizers and manure, and then release N2O into the air.

Reducing meat consumption would decrease both sources of nitrous oxides. Less livestock means less manure as well as less agricultural produce required to feed them. Less crops for livestock would lead to a reduction in the use of synthetic fertilizers. This is one method the UN IPCC wishes developed countries to adopt. N2O emissions can also be controlled by better management of fertilizer and manure.

Three of these scenarios, which require less aggressive actions, would meet necessary N2O reduction by reducing meat consumption, reducing emissions from industry, and improving agricultural practices. The most aggressive scenario, where N2O concentrations would stabilize by 2050 would require a 50 percent cut in meat consumption, 50 percent cut in industrial emissions, and an equal level of improvement in agricultural practices.

Assessing the likelihood of such a drastic change in the diet of the developing world is difficult. However, according to Dr. Davidson, "If you had asked me 30 years ago if smoking would be banned in bars I would have laughed and said that would be impossible in my lifetime, and yet it has come true. Are similar changes possible for diet? That will depend not only on education about diet, but also upon prices of meat. Some agricultural economists think that the price of meat is going to go way up, so that per capita consumption will go down, but those are highly uncertain projections."

The UN IPCC study has been published in the journal Environmental Research Letters.