Posted by Aaron on Thursday, 20 September 2012 in Transportation 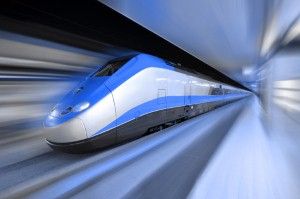 For those concerned about the environmental impact of their daily commute, taking public transportation may be a way to be nicer to the planet. According to statistics highlighted by the Sustainable Cities Collective, taking public transportation over driving can save 340 million gallons of fuel from being used, preventing the release of 37 million metric tons of carbon dioxide into the atmosphere.

PV Power for the Rails
While trains are not (yet) propelled by photovoltaic energy, some public transportation agencies do use solar panels to help power their rail fleets. For example, the Massachusetts Bay Transit Authority announced in September that it would be putting up solar modules on an 18-acre rail yard and on a garage. The installations, paid for through a power purchase agreement, are expected to save the MBTA close to $49,000 a year by providing an estimated 1.7 million kilowatt-hours of electricity annually, Boston.com reported.

On the other side of the country, L.A. Metro has announced its intentions to install a combined 2 megawatts of PV energy capacity on all of its bus and rail facilities in Los Angeles County, according to Clean Fleet Report.

More Energy Efficient Way to Wait for the Bus 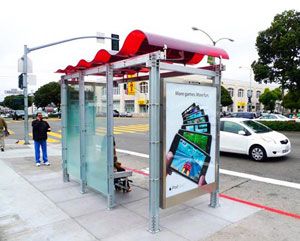 In order to make better use of available space, public transit agencies nationwide have begun installing solar panels on top of bus stops. For example, The Capital District Transportation Authority in Albany, New York, put in modules on top of shelters along its busiest bus routes. The panels, put in across a 2.5-mile stretch of road, provide power for nighttime lighting, signaling and security lamps and trash compactors. According to government officials involved in the project, the modules will help make city bus routes cleaner and more attractive to riders.

This is "a program that increases comfort, safety and convenience for CDTA riders using cutting-edge technology that promotes clean and renewable sources of energy," CDTA chairperson Denise Figueroa said in a statement. "These amenities will help draw passengers to our state-of-the-art fleet of hybrid diesel-electric buses, further reducing carbon emissions and again demonstrating CDTA’s commitment to supporting energy efficiency and environmental friendliness."

In the Golden State, California solar installers put in grid-connected PV power systems on a bus shelter located in Corona, in the southern part of the state. The installation has a peak capacity of 1 kilowatt, and can produce more than 1,700 kilowatt-hours of electricity annually for the municipality, Renewable Energy World reported.