Posted by Wolf on Monday, 13 February 2012 in Wildlife Conservation 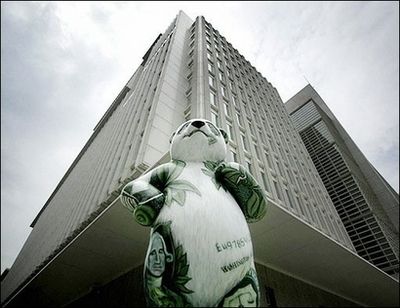 World Bank launched a $36 million project on Sunday for conservation of endangered wildlife which has become extinct due to their illegal trade and unplanned development activities. Evden Eve NakliyatKayseri Evden Eve Nakliyatdizi izle

“This will be a milestone in regional cooperation for wildlife conservation in South Asia,” Environment and Forests Minister Dr Hasan Mahumd said while addressing the launching ceremony at the Hotel Sonargaon in the capital.

It is a total $65 million project titled ‘Strengthening Regional Cooperation for Wildlife Protection in South Asia’. Of the total, India will get $23 million, Nepal $3 million and Bhutan $3 million and Bangladesh $36 million, a WB official said.

Bangladesh is the first to launch the five-year project. The Department of Forests will implement it.

In phases, the other tiger range countries in South and Southeast Asia will also be included in the regional project.

WB acting country director Sanjay Kathuria, who also attended the programme on Sunday, said Bangladesh and other South Asian countries with rich biodiversity is a lucrative target of the illegal wildlife trade. Illegal poaching of the tiger, elephant, deer, reptiles, different species of birds and corals is the most severe threat against biodiversity conservation, said.

Four to five percent of faunal species and about ten percent of floral diversity of the country have become extinct in the last century, he said.

Habitats across Bangladesh, Bhutan, India and Nepal are home to over 65 percent of the total 3,000 wild tigers of the world, the WB said.

The project will focus on capacity building of the forests department and bring regional collaboration in combating wildlife crime through stronger rules, he said.