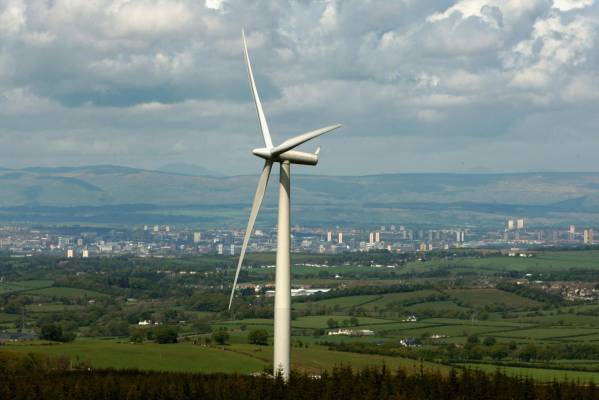 Wind energy projects are being proposed around the world to help meet climate goals, but the largest maker of turbines is finding that supply chain issues and pandemic lockdowns are hampering wind farm construction and hurting financial results.

“It is troubling and challenging out there,” Henrik Andersen, CEO of the Danish company Vestas Wind Systems, said on a call with analysts Wednesday.

Vestas has three locations in Colorado, including wind turbine blade manufacturing in Windsor. In early 2021, the company cut 450 positions across those locations, which also include Brighton and Pueblo.

Andersen said the company recently had to navigate the disruption caused by the compulsory mass testing of 14 million residents in Tianjin, China, where Vestas has a manufacturing hub, after 20 COVID-19 cases were discovered.

“This is actually what causes some stop and go, and simply just disturbance,” he said. The company warned that profit margins could fall to as low as zero this year.

The situation at Vestas is emblematic of problems facing the wind industry as a whole. Costs of components are rising fast because of soaring prices for steel and other materials. At the same time, choppy delivery schedules and COVID-19 precautions are hampering factory operations and delaying completion of wind farms.

Utilities and other wind farm developers are hesitating to order new machines because volatile prices for electricity, especially in Europe, are making it difficult to come up with the long-range financial calculations essential for electricity supply contracts.

Andersen said developers could find themselves in a situation where they are unable to bring wind farms online on time and so, to meet contractual obligations, are forced to buy power at prices that could in Europe be 10 times what they were 18 months ago.

Such problems appear to be industrywide. Siemens Gamesa Renewable Energy, Europe’s other giant turbine-maker, also recently warned that profits would be lower than expected for similar reasons.

Analysts say that the long-term case for wind energy as a source of clean electric power remains strong, although various problems could kill off some of the weaker component-makers and will delay projects. In the longer run, higher electric power and oil and gas prices could even spur the shift to renewables, the thinking goes.

“The mid- to long-term outlook for wind energy is unchanged,” Deepa Venkateswaran, an analyst at Bernstein, said in a note to clients following the Vestas announcement.

On the face of it, the preliminary results that Vestas announced Wednesday in advance of the detailed re-port scheduled for Feb. 10 do not look so bad.

Over the year, Vestas, which has about 30,000 employees, managed to deliver turbines around the world with the generating capacity comparable to about five modern nuclear power stations.