Posted by GreenDog on Tuesday, 20 December 2022 in Wildlife Conservation 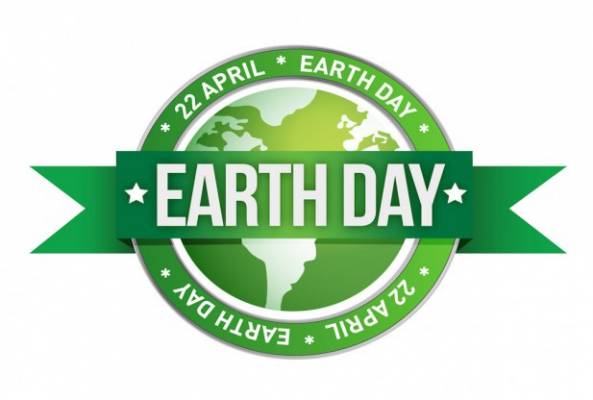 Among America’s iconic native birds, the lesser prairie chicken can be especially hard to spot — hiding behind shrubs, seldom popping out except before sunrise in spring for flamboyant mating dances.

But now it may become Colorado’s first climate casualty.

A painstaking $428,000 state effort to avert extinction by relocating 205 of these chickens from Kansas to Colorado’s southeastern plains is failing, state records show. Colorado Parks and Wildlife biologists, and bird experts, blame hotter, drier conditions. Federal authorities have cited climate change as a factor in their decline. Parks and Wildlife data shows the relocated chickens decreased from 139 in 2020 to fewer than 90.

Even now that the U.S. Fish and Wildlife Service has granted Endangered Species Act protection — the ecological equivalent of emergency-room life support — bird experts say the future of the lesser prairie chicken and its cousins — the Greater sage grouse, Gunnison sage grouse, and the greater prairie chicken — looks increasingly precarious.

“We’re seeing the lesser prairie chicken as one of the first in the line of many climate casualties,” said Jon Hayes, executive director of the Audubon Society for the southwestern United States.

Audubon Society scientists have estimated that, if climate warming continues unabated, more than 60% of bird species in North America will vanish by the end of the 21st century.

The lesser prairie chicken and other grouse cousins in Colorado “are on the front lines of the battle,” Hayes said, advocating large-scale land preservation that could help birds endure droughts as the last option for possibly reversing declines.

“But now what we are seeing is absolutely the impact of the climate,” Hayes said.

Rising temperatures have led to intensifying droughts with rainfall concentrated in fewer storms, often falling all at once. This pattern reduces rainwater infiltration into groundwater, often meaning less water available when plants most need water.

Federal wildlife officials on Nov. 17 designated the nation’s surviving lesser prairie chickens officially “endangered” across Texas and New Mexico and “threatened” in Colorado, Oklahoma and Kansas — the five states where these chickens exist.

For more than two decades, wildlife advocates have been warning of imminent extinction.

Lesser prairie chickens once numbered in the hundreds of thousands across Colorado and the other four states. Federal data show an overall decline from 45,000 in 2014 to fewer than 27,000.

Federal authorities also have classified the Gunnison sage grouse in southwestern Colorado as threatened. And in 2010 federal biologists determined the greater sage grouse, a species that numbered in the millions across 165 million acres in Colorado and 10 other states needed protection yet decided in 2015 to rely on state-led voluntary efforts to prevent extinction.

Colorado wildlife officials spent $428,000 from 2017 to 2021 on an unprecedented rescue campaign to capture and move chickens from Kansas — an effort to head off federal intervention. Of those funds, $300,000 came from a federal grant to the state, Parks and Wildlife records show. The $428,000 figure doesn’t include additional state funds used for paying employees, vehicle mileage, equipment and aircraft tracking flights.

A federal endangered species listing requires tougher restrictions, potentially complicating energy pipelines, roads and other development that could hurt the chickens and the native prairie habitat needed to recover the species.

They hauled them to Colorado and released them, trying to reestablish a self-sustaining population on the federally managed 443,784-acre Comanche National Grasslands near La Junta in southeastern Colorado.

“We think we’ve created a good habitat for them that they like — sand sagebrush grasslands. That’s the kind of forage they like where they lived. But, for some reason — who knows why? — they are not taking hold and growing their population,” Brewer said.

“Over the last couple of years, the drought has taken a toll on the kind of cover and forage that they need,” she said. Predators include coyotes and skunks.

Parks and Wildlife officials declined to discuss their project and plans for the future. “CPW does not recognize any native Colorado species as a ‘climate casualty,’ ” agency spokesman Travis Duncan said in an emailed response to Denver Post queries.

“Beginning in the summer of 2020 and continuing through the spring 2022 counts, southeast Colorado has been in a fairly severe drought. Lesser prairie chicken numbers are known to fluctuate with precipitation, in large part because the birds nest on the ground and rely on adequate vegetation cover to conceal nests and successfully hatch chicks,” Rossi wrote.

“Precipitation is also important to provide for insects and brood habitat as well. We think the recent decline is largely related to the drought and a reduction in vegetative cover. Research from the translocation effort has indicated that vegetation cover on many of the rangelands on the Comanche National Grasslands may not provide sufficient cover for nesting, particularly during periods of drought.”

Killing a lesser prairie chicken would mean a federal fine, and accidental “take” will require “mitigation” to help the species through approved actions to restore bird habitat.

The Audubon Society scientists found that climate warming impacts including reduced vegetation across North America would mean 389 out of 604 species they studied, drawing on tens of millions of bird records, lack suitable habitat.

The scientists concluded those species likely would vanish before the end of the century if the Earth’s average temperature stays on track to warm by 3 degrees Celsius (5.4 degrees Fahrenheit).

“It is bleak. I’m not sure I’m ready to throw in the towel,” Hayes said.

Saving grouse species “would take a massive investment and a lot of work. And, unfortunately, we’re likely to see extirpations — local extinctions,” he said. “The efforts to restock these birds are really challenging. The only solution is going to lie in an expansion of existing habitat so that they could naturally refill places where they used to live.”