Posted by bchristo on Monday, 24 October 2011 in General Environment

The high price of EPA regulations 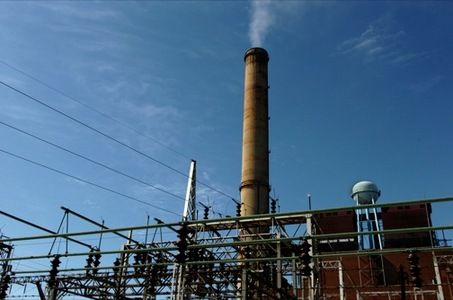 The Environmental Protection Agency (EPA) faced scrutiny on Capitol Hill again this week over the high costs of its record number of environmental regulations.  During a hearing of the House Oversight and Government Reform Subcommittee, the agency’s air chief denied consequences of the Clean Air Act on jobs and the economy and argued that her agency’s rules relating to automobiles and fuel economy actually creates jobs and support small businesses.

These claims echo those of EPA Administrator Lisa Jackson, who testified earlier this summer before the Senate Environment and Public Works Committee and cited specious economic benefits of the Clean Air Act Amendments of 1990.
An EPA report “The Benefits and Costs of the Clean Air Act from 1990 to 2020” states that the economic value of the Act’s air quality improvements will “reach almost $2 trillion for the year, a value which vastly exceeds the cost of efforts to comply with the requirements of the 1990 Clean Air Act Amendments.” The EPA report goes on to state that “Even if one were to adopt the extreme assumption that air pollution has no effect on premature mortality–or that avoiding such effects has no value—the benefits of reduced non-fatal health effects and visibility improvements alone are more than twice the total cost of compliance with 1990 Clean Air Act Amendment requirements.”

The much-touted $2 trillion claim is based on survey data that asks individuals what they would be “willing to pay” (called “stated” WTP) for a small increase in life expectancy and the wage differential between occupations of different riskiness, such as a commercial fishermen compared to an office worker (“revealed” WTP). The academic surveys of WTP used by EPA have no link to overall economic activity and do not address how (or if) WTP affects the components of GDP (consumption, investment, government spending and net exports). “Willingness to Pay” responses by survey participants or the wage differential between occupations with different levels of risk do not create any new jobs, cause any investment or increase levels of spending in the U.S. economy.

Ironically, EPA’s own simulations with its macroeconomic model stand in stark contrast to its WTP claims.  Its modeling shows that the CAAA has significant negative impacts on U.S. GDP growth over the 2010-2020 period. GDP declines by $79 billion in 2010 and by $110 billion in 2020 relative to the baseline forecast.

By 2020, there is a tiny increase in GDP ($5 billion) under the labor force adjusted case. Note that EPA’s calculation of a $5 billion increase in GDP in 2020 when health benefits are included is only a tiny fraction (0.25 %) of the $2 trillion in claimed “economic benefits” from the CAAA.

Other EPA regulations both enacted and pending, should also be evaluated using accepted methods to quantify their costs and benefits. For example, the proposed National Ambient Air Quality Standards (NAAQS), the new standards for industrial and utility boilers and the revisions to the Clean Water Act will raise costs and increase uncertainty for the private sector, states and municipalities. New, tighter emission standards should not be imposed with out careful review of their costs relative to their benefits.
No one disputes the important need to implement reasonable pollution and environmental regulations to improve clean air quality. But given the continuing weakness of the U.S. economy, stubbornly high unemployment rate and sluggish investment spending, a careful examination of actual economic and health benefits from these regulations are greater than the costs.