Posted by plantitfilm on Monday, 24 January 2011 in General Environment 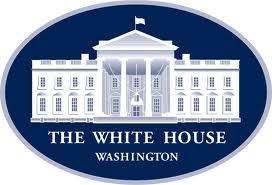 A key climate change adviser to President Barack Obama will step down soon, administration officials said on Monday, in the latest staff departure as the White House adapts to a shift in power in Congress.

Carol Browner, White House coordinator of energy and climate policy, "will stay on as long as necessary to ensure an orderly transition," a senior administration official said.

As his presidency enters its third year, Obama has unveiled a number of staff changes following Republican gains in the November congressional elections in which they won control of the House of Representatives.

Obama has a new chief of staff, William Daley, a choice welcomed by business, and last week named General Electric Cochief executive Jeffrey Immelt as his top outside economic adviser to run a panel aimed at increasing U.S. competitiveness and hiring.

Obama entered the White House with an ambitious climate change agenda but has been unable to advance legislation that he campaigned on in 2008 for a cap-and-trade policy to curb greenhouse gas emissions.

"Carol is confident that the mission of her office will remain critical to the president and she is pleased with what will be in the State of the Union tomorrow and in the budget on clean energy," the senior administration official said, speaking on condition of anonymity.

Obama will deliver his annual State of the Union message to Congress and the nation at 9 p.m. on Tuesday to lay out a road map of his policy priorities in the coming year.

It was not immediately clear whether Browner's position would be filled.

"On the question of what will happen to the position, the president's commitment to these issues will of course continue but any transition of the office will be announced soon," the administration official said.

Kevin Book, an analyst at ClearView Energy Partners LLC in Washington, said the November elections results were a warning to Obama about his ambitious energy policy.

"The age of grand designs ended that day and the age of 'bite-sized chunks' began," Book said. "That doesn't leave a lot of maneuvering room for an environmentalist-in-chief."

Industry lobbyist Scott Segal, of Bracewell & Giuliani, said a new face in the administration could help in the post-election political terrain for advancing energy policy.

"Infusing the White House with some new and fresh viewpoints makes sense," he said.

Browner, who ran the Environmental Protection Agency during the Clinton administration, had a high profile in explaining the White House's actions during last year's Gulf of Mexico oil spill.

Browner had some tough critics among Republicans in Congress, such as Senator James Inhofe, who regularly called her an "extremist" on environmental matters ranging from initiatives when she served in the Clinton administration to her work on climate change for Obama.