Posted by EarthDude on Wednesday, 13 July 2011 in Climate Change

Global Warming is a Global Problem

Citizens of developed economies are used to being shielded from the environmental or human impacts of the products and services they use every day. 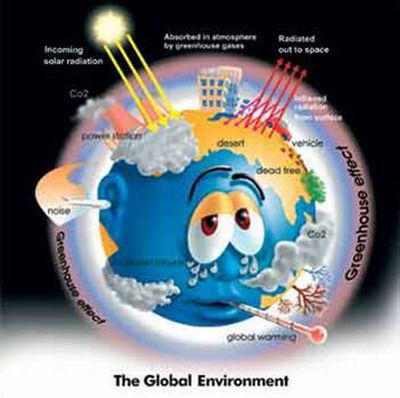 We have "clever" marketing people to thank for this ignorance.

We don't think about a coalmine or gas plant when we flick a light switch. All we see is light.

When we drink coffee, we don't see underprivileged farmers and child-workers in Africa. We just add milk and sugar.

As consumers we don't generally think of chemical plants, smelters, foreign factories or mineral mines when we buy a mobile phone. We just make a call.

And when we see a shiny new office building, we don't think of the cement works, the aluminium refineries or the cut down forest that helped to make it.

The Government has drawn from this marketing-driven playbook in shielding most Australians from the early financial effects of the carbon tax.  Few of us will feel it.

While this makes the tax an easier sell politically, an approach like this won't encourage many individuals to change bad habits.  At least not at first.

Away from the silos of energy-intensive industry groups, the response to the Government's carbon price package has been broadly acknowledged as a positive first step on a road to a lower-carbon future.

Billions of dollars will be set aside for investment in renewable energy - driving jobs and innovation in that sector. The chances of Australia's economy grabbing a slice of any global revolution in clean energy look better today than they did last week.

In terms of its central aim to cut emissions, the sum total of all the new carbon pricing plan's efforts should see Australia cut annual greenhouse gases by 5 per cent by 2020, based on the 558 million tonnes the country emitted in 2000.

With this target, according to the Treasury, annual emissions in 2020 will be 530 megatonnes. Without the target, they'll be at 679 megatonnes.

But the announcement also contained a new target that calls for a cut of 80 per cent on emissions by 2050.

This target has the faint whiff of either ambition or wishful thinking. Under this ideal, annual emissions will need to have fallen from the current level of 565 megatonnes down to just 111 megatonnes within four decades.

So it's easy to see why the coal industry is worried that it is currently sitting on the top of a very slippery slope, desperately trying to negotiate its way out of being pushed.

But just as Australia cuts greenhouse gas emissions at home, the coal which it exports will cancel out that domestic 5 per cent cut many times over.

For every one tonne of coal burned for energy, almost three tonnes of carbon dioxide are released into the atmosphere.

According to government agency figures, Australia will export 317 megatonnes of coal in the next financial year.  Roughly half of this is thermal coal destined to be burned in power plants in other parts of the world.

Even though Australia doesn't count the emissions from that exported coal, they contribute just as much to climate change as fossil fuels burned here.

For example, the emissions of carbon dioxide from Australian-mined and exported coal next year will be about 430 megatonnes.

That's about 430 megatonnes of carbon dioxide which will stay in the atmosphere for decades, to be joined by the many millions more tonnes from burning fossil fuels which are mined and burned elsewhere.

Only a few weeks ago, the Queensland Government announced ambitions to expand a coal export terminal from its current capacity of 50 megatonnes per year to a potential 290 megatonnes.

This project alone is enough to rub out the emissions savings of the entire carbon-pricing scheme.

As the name suggests, global warming is a global problem. If Australia truly wants to tackle climate change, then it needs to remember this.