Any serious oil spill in the ice of the Arctic is likely to be an uncontrollable environmental disaster despoiling vast areas of the world's most untouched ecosystem, one of the world's leading polar scientists says. 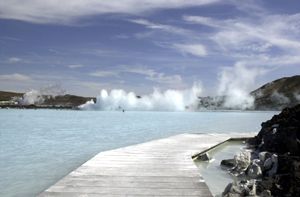 Oil from an undersea leak will not only be very hard to deal with in Arctic conditions, it will interact with the surface sea ice and become absorbed in it, and will be transported by it for as much as 1600km across the ocean, according to Peter Wadhams, professor of ocean physics at the University of Cambridge.

The interaction, discovered in large-scale experiments 30 years ago, means that the Arctic oil rush, which was given a huge boost last week with a US$3.2 billion ($3.8 billion) investment from ExxonMobil, is likely to be the riskiest form of oil exploration ever undertaken, said Professor Wadhams, who is a former director of Cambridge's Scott Polar Research Institute."If there is a serious oil spill under ice in the Arctic it will be very hard, if not impossible, to stop it becoming an environmental catastrophe," he said.

The world's oil companies are now turning to the Far North as supplies elsewhere start to run out or become harder to extract, and both the potential profits from Arctic oil - and the fears about the damage that extracting it may do - are enormous.

The area north of the Arctic Circle is thought to contain as much as 160 billion barrels of oil, more than a quarter of the world's undiscovered reserves.

Some of it is under land, as in Alaska's North Slope field, but large amounts of it are known to lie under the seabeds of the Arctic Ocean and Baffin Bay off Greenland, which are ice-covered for all or part of the year, depending on the region.

It is this offshore oil which is now the focus of a new exploration rush, with Royal Dutch Shell and Exxon among the strongest contenders, focusing on the Arctic Ocean itself, while the first wells in the sea off Greenland are already being drilled by Edinburgh-based Cairn Energy.

However, many observers are seriously alarmed about the spill risks in the extreme conditions, especially in the wake of BP's calamitous leak at the Deepwater Horizon platform in the Gulf of Mexico last year, which could not be controlled for three months, released as much as five million barrels of crude, and came close to wrecking the company.

"A spill in the Arctic would essentially make dealing with something like Deepwater Horizon look almost straightforward," said Ben Ayliffe, polar campaigner for Greenpeace.

"There are problems with ice encroachment, the remoteness of the Arctic, darkness, extreme weather, deep water, high seas, freezing conditions and icebergs. Basically it would mean that responding to a Gulf of Mexico-style spill off [a place] like Greenland would be impossible."

Yet Professor Wadhams, who was the first civilian scientist to travel under the Arctic ice in a submarine, in 1971, and who has made five more under-ice trips, is spotlighting an even greater level of concern with his knowledge of how oil and ice interact - with potentially calamitous consequences.

It stems from large-scale experiments he took part in off the coast of Canada in the 1970s, in which substantial quantities of oil were deliberately released into the frozen sea to see how it behaved.

"What we found, and one of the great difficulties, is that spilled oil becomes encapsulated in the ice and is then transported around the Arctic by it," he said.

"The oil is caught underneath the ice, so you can't get at it immediately to clean it up or burn it off. You don't know exactly where it is, and then it gets encapsulated in the new ice which grows underneath, so you then have a kind of oil sandwich inside the pack ice.

"And that's being transported around the Arctic and isn't released until spring, when it may be several hundred or even a thousand miles from the source of the spill, so you can have a huge area of the Arctic becoming polluted by oil without initially it being clear where that oil is."

He added: "Once it is released in springtime, it's very toxic, because the encapsulation in the ice preserves the oil from weathering, so that instead of the lighter fraction evaporating and the heavier fraction becoming just tar balls, you have fresh oil being released exactly where the ice is melting, usually round the edge of the pack ice where you've got a lot of migratory birds.

"Not great for the environment. In fact ... the word would be 'terrible'."

Professor Wadhams is helping to organise a high-level scientific workshop on the subject of oil spills in sea ice in Italy later this month.

While companies such as Cairn Energy stress that they will be drilling exploratory wells only in the summer months in areas of sea which are ice-free, it is likely that once oil production actually begins, it will be a year-round business and continue through the winter when production facilities are ice-bound.

"We would need to produce all year round in order to make the whole thing worthwhile," a spokesman for Shell said.

The oil companies insist that they are aware of the risks and have prepared detailed oil-spill response plans, but Professor Wadhams, who has read several of them, said they did not amount to comprehensive plans for dealing with oil in ice.