Posted by grant on Monday, 06 June 2011 in Environmental Heroes

Captain of Whale Wars: "Arrest Me or Shut Up"

Amid scrambling to presentations at the World Science Festival and a United Nations screening of a remarkable new film, the “Journey of the Universe,” I slipped in 45 minutes to interview Paul Watson. He’s the founder of the anti-whaling Sea Shepherd Conservation Society and central character in the popular “Whale Wars” show on Animal Planet, which began its fourth season on Friday night and may have a new focus next year. Here’s part one of the interview: 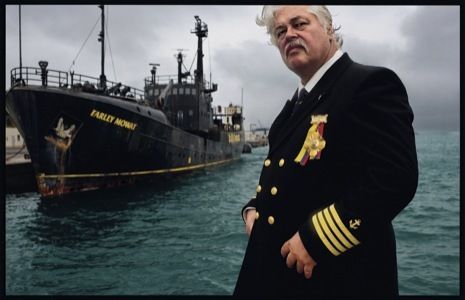