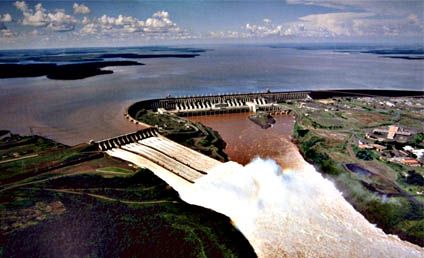 which has been widely opposed by human rights groups, environmentalists, and indigenous tribes — will dam the Xingu river, one of the largest tributaries of the Amazon River. The $11 billion dam will generate 11,200 megawatts of electricity, more than 10 percent Brazil's current capacity, when it is completed in 2019.
Construction of the dam is expected to displace 16,000 people, according to the Brazilian government, although environmentalists estimate that 40,000 could be forced to move. Amazon Watch, a group campaigning against Belo Monte, says the dam will flood more than 40,000 hectares of rainforest.
"This is a tragic day for the Amazon," said Atossa Soltani, Executive Director at Amazon Watch. "By turning a blind eye toward the tragic consequences of this dam, President Dilma Rouseff is undermining the positive environmental and social advances Brazil has made in recent years and miring its image on the global stage just as it prepares to host the UN Rio+20 Earth Summit next year."