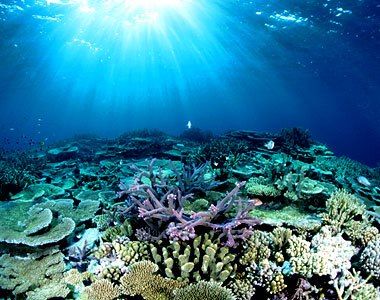 Australia created the world's largest network of marine national parks on Friday, protecting an area of ocean the size of Western Europe in a move which will prevent oil and gas exploration and commercial fishing in the most sensitive areas.

"We don't want people to only know the magnificence of their oceans through aquariums or by watching 'Finding Nemo'," Burke told reporters.

The new reserves will be established from the Perth Canyon in the southwest to Kangaroo Island off the southern coast, and to the Coral Sea area which surrounds the Great Barrier Reef in the northeast.

The new marine reserves will limit commercial fishing and oil and gas exploration in the most sensitive areas, but won't prevent shipping, tourism or diving.

The decision has angered the commercial fishing industry, particularly from the northern Queensland state, while recreational fishing groups are also angered at the loss of access to some areas.

Burke said the new marine reserves would only affect around one percent of Australia's commercial fishing, and the government would spend A$100 million ($103.28 million) to compensate commercial fishers for the loss of access.

But fishing supporters complained that they were being discriminated against.

Earlier this year, a United Nations report said Australia's world-famous Great Barrier Reef was under threat from industrial development and may be considered for listing as a world heritage site "in danger" within the next year.