Posted by amir on Tuesday, 25 December 2012 in Animals 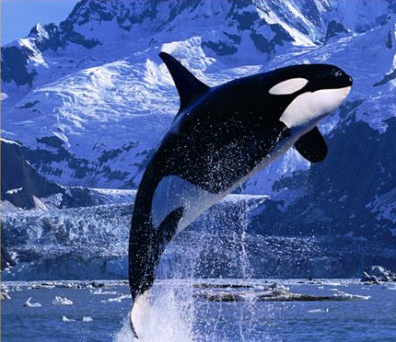 With 2012 seeing the largest mass of summer ice melting in the Arctic in modern history, it’s no surprise experts predict more of the same for 2013. The melting ice has implications for some of Canada’s most threatened species. Metro spoke with World Wildlife Fund scientist and researcher Pete Ewin, who said global warming will continue to produce winners and loser.

Narwhals, called the “Unicorns of the Sea” due to their long, sharp tusks, need deep under-packed Arctic ice because it provides them shelter from predators. Less ice means less defence.

Polar bears are hugely dependent on sea ice for their food supply. Less ice means fewer chances of fattening up on ringed seals, their primary food, which keeps them nourished the rest of the year around. Ewing said polar bears will eventually be found only further north, and have been eating more seaweed and kelp in recent years to keep their bellies full.

Warmer waters and less ice mean fewer resting places for the ringed seal. Ringed seals usually pup on large ice floes and spend most of their lives in contact with ice or icy waters. Smaller ice floes keep these solitary animals from spreading out like they’re used to doing.

Considered a threatened species, killer whales are making a comeback in areas with warmer temperatures and warmer waters. Warmer waters in the north means killer whales will be found there with more frequency.

The decline of the ringed seal will mean more food for other types of seal. Harp seals, which like colder waters but not ice, may move in, affecting the diet of other animals and the Inuit, many of whom rely on ringed seals for food.