Posted by ep-admin on Thursday, 03 November 2011 in Animals 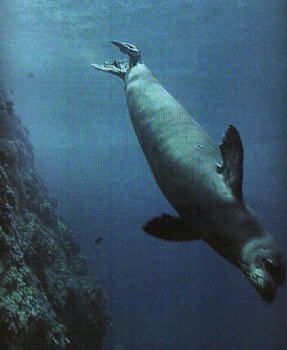 : As 2010 closed, it was announced that a new outpost of one of the word’s most endangered marine mammals, the Mediterranean monk seal, had been located.

The seals were once widely distributed in the Mediterranean, Black and adjacent seas. Today their distribution is widespread but fragmented and only a few hundred survive.

In the Mediterranean, the stronghold for the species is on islands in the Ionian and Aegean Seas, and along the coasts of Greece and western Turkey. The new colony’s precise location is being kept secret (to avoid it being disturbed) but it is understood that it is on a small Greek island in the Aegean Sea. Elsewhere in their range the seals now only breed in secluded caves but here, at the new site, they still breed out in the open on sandy beaches. In addition the birth rate for the new colony is reported as one of the highest known in the Mediterranean.