Posted by plantitfilm on Thursday, 09 May 2013 in Climate Change 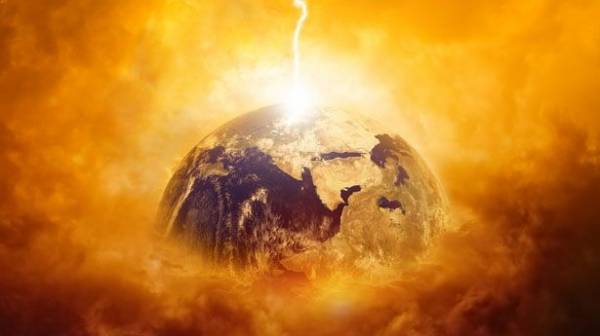 The United States has failed to take action to mitigate climate change thanks in part to the large number of religious Americans who believe the world has a set expiration date.

“[T]he fact that such an overwhelming percentage of Republican citizens profess a belief in the Second Coming (76 percent in 2006, according to our sample) suggests that governmental attempts to curb greenhouse emissions would encounter stiff resistance even if every Democrat in the country wanted to curb them,” Barker and Bearce wrote in their study, which will be published in the June issue of Political Science Quarterly.

“[I]t stands to reason that most nonbelievers would support preserving the Earth for future generations, but that end-times believers would rationally perceive such efforts to be ultimately futile, and hence ill-advised,” Barker and Bearce explained.

That very sentiment has been expressed by federal legislators. Rep. John Shimkus (R-IL) said in 2010 that he opposed action on climate change because “the Earth will end only when God declares it to be over.” He is the chairman of the Subcommittee on Environment and the Economy.

Though the two researchers cautioned their study was not intended to predict future policy outcomes, they said their study suggested it was unlikely the United States would take action on climate change while so many Americans, particularly Republicans, believed in the coming end-times.

“That is, because of institutions such as the Electoral College, the winner-take-all representation mechanism, and the Senate filibuster, as well as the geographic distribution of partisanship to modern partisan polarization, minority interests often successfully block majority preferences,” Barker and Bearce wrote. “Thus, even if the median voter supports policies designed to slow global warming, legislation to effect such change could find itself dead on arrival if the median Republican voter strongly resists public policy environmentalism at least in part because of end-times beliefs.”