SolarWorld: Company will be stronger despite layoffs 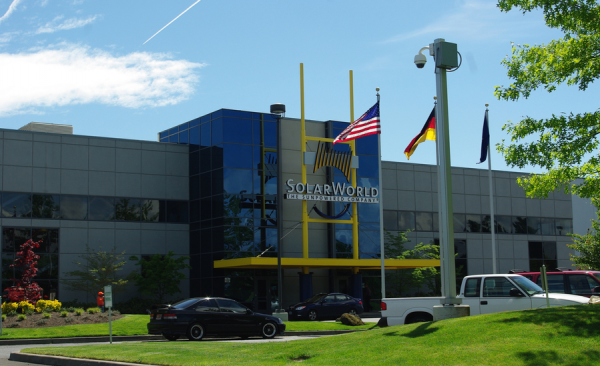 SolarWorld's announcement this week that it'll lay off 100 workers at its Hillsboro operations relates to cost-cutting strategies that effectively began last February.

Ben Santarris, a company spokesman, said the cuts will take place in the crystal growth and wafer cutting areas. The strategy stems from competitive pressures caused by Chinese companies that are "dumping," or selling at drastically reduced costs, their panels in the U.S.

SolarWorld had laid off half of its crystal growth and wafer-cutting workers earlier this year.

"This is the second phase for Hillsboro of that operational restructure," he said. "It’s affected by the continued dumping of panels by the Chinese, which has been been slowed, but not stopped."

Santarris added that the total impact of the moves will affect 120 workers, with 20 employees set to be reassigned.

Nonetheless, the company still expects to have its financial restructuring in place by August. Santarris said the company also plans to unveil "some exciting innovation we have in the pipeline" in Hillsboro, perhaps later this year. The move would allow for "much lower price structures," he said.

The wafer-cutting and crystal growth plant in Hillsboro will be idled by Aug. 31.

"Everything is moving forward more or less as planned, and we are reconfiguring some of our supply sources to strengthen our financial position and our cost structure," Santarris said. "In the meantime, what’s been important during this period of extreme turmoil in the world markets is we've continued to invest."

That said, Santarris acknowledged that the moves have shaken him and his co-workers.

"It's very sad to have to separate from your colleagues who've invested themselves in the work," he said. "But you always try to make the move that's going to keep the most possible jobs."