Posted by Wolf on Sunday, 02 February 2014 in Earth Violators 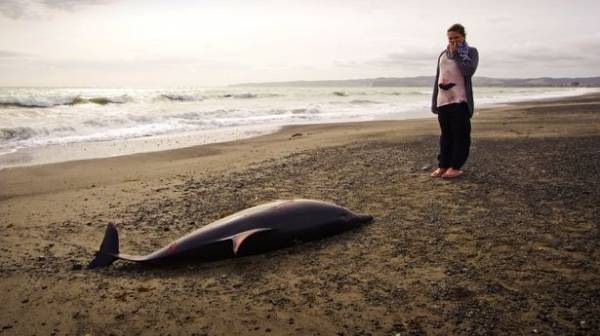 Bottlenose dolphins with missing teeth, lung disease, and abnormal hormone levels were found swimming in the Gulf of Mexico a year after the BP oil spill, US researchers say.

Pneumonia, liver disease and a pregnant female carrying a dead foetus were also reported in the first major study of dolphin health after the 2010 Deepwater Horizon oil rig explosion that spilled 4.9 million barrels of oil into the Gulf of Mexico.

Half of the 32 dolphins studied off the coast of Louisiana in August 2011 - a year and four months after the worst oil spill in US history began - were judged to be seriously ill or in danger of dying.

The wild dolphins were captured in the central Louisiana waters and held briefly for health checks before being released.

'There is disease in any wild population. We just haven't seen animals that were in such bad shape as what we saw in Barataria Bay,' she said.

Their health was compared to 27 bottlenose dolphins in Sarasota Bay, Florida, an area also in the Gulf that was unaffected by the oil spill.

The Barataria Bay dolphins had significantly lower levels of adrenal hormones, which are critical to an animal's stress response.

Moderate to severe lung disease was five times more common in the Louisiana dolphins than in their Floridian counterparts.

Three of the Barataria Bay dolphins had also lost nearly all their teeth, and three others had just half of their normal number of teeth left. Dolphins typically have between 78 and 106 teeth.

'There were several dolphins that were in such bad shape that the veterinarians that examined them did not expect them to live very long,' said Schwacke, an expert on dolphins in the southern United States.

Oil giant BP said the report, which appeared in December in the journal Environmental Science and Technology, was 'inconclusive as to any causation associated with the spill.'

BP also called on NOAA to release all of its data on the unusual deaths of more than 1000 dolphins off the Gulf Coast, dating back to February 2010, three months before the spill.

NOAA researchers admitted that their study cannot prove that the dolphin's health problems were caused by the BP oil spill because there were no studies of dolphin health in that area prior to the spill.

However when comparing blubber, the Louisiana dolphins have lower levels of pesticides and flame retardant chemicals than the Florida group, suggesting that agricultural runoff and common pollution were not the cause of their diseases.