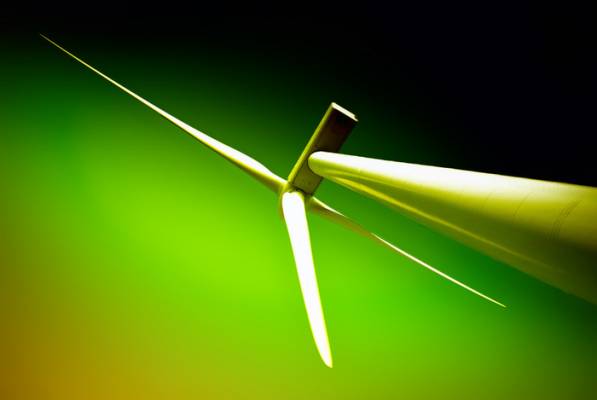 Funding green energy will become harder under EU rules published on Wednesday designed to replace subsidies with market-based schemes, just when the Ukraine crisis has heightened the need for alternatives to imported fossil fuel.

The executive European Commission said the guidelines, which will be gradually phased in, strike a necessary balance after fierce political debate about the cost of green subsidies.

"Politically, it's the best balance possible. We were obliged to establish a lot of trade-offs," the Commission's competition chief, Joaquin Almunia, told reporters.

But green energy campaigners, who protested outside the Commission headquarters in Brussels, said the rules were a victory for industry and a blow to the renewables sector as well as ordinary consumers.

The rules take effect from July 1 this year and from 2017 all member states will have to hold tenders to support new green power facilities following a pilot phase from 2015-16.

The idea is to replace feed-in tariffs, which have little or no relation to market reality but have spurred renewable development, with auctions or bidding processes open to all green energy generators competing equally for government funds.

Following extensive lobbying from companies, the new rules allow for exemptions in special circumstances, including sparing energy-intensive industries such as chemicals, metals, paper and ceramics from helping to pay for renewable power. That leaves ordinary household consumers to pick up the bill.

The European Union's leading economy, Germany, has the biggest interest in the new rules as it seeks to enact its Energiewende, or shift from nuclear to green fuel.

The Commission had been investigating whether Germany helped its industries unfairly by exempting them from green surcharges.

This week, the German government reached a compromise deal that leaves Berlin with scope to set special rules for individual sectors.

Even with the changes, the German government expects its renewable sector to grow as technological improvements make sources such as wind and solar more competitive.

Renewable power already accounts for 25 percent of Germany's electricity and the German government has set targets to increase the share to 40-45 percent by 2025.

The 28-country European Union as a whole has a target to get 20 percent of energy from renewable sources by 2020, which it is likely to achieve.

After that, the picture is less clear. Debate is ongoing about a 2030 target of 27 percent across the bloc.

Environmental groups and the renewables lobby are concerned the EU's renewed emphasis on increasing energy security and weaning itself off Russian gas because of instability in transit nation Ukraine will lead only to more use of coal and efforts to develop shale gas, not more green power.

"It's the whole contradiction of the Commission, which asks that we learn from the Ukraine-Russia crisis and then gives in to corporate lobbies," Claude Turmes, a member of the European Parliament representing the Green Party, told Reuters.

"Citizens will lose twice: they will pay for industries' new free ride and will continue to suffer from an outdated energy system."

The European Wind Energy Association said it is appropriate that the increasingly competitive wind industry be integrated into the market, but that the Commission should eliminate all fossil fuel subsidies as a priority.

Justin Wilkes, its deputy chief executive, said the Commission was "ignoring the obvious market distortions that need to be tackled first, such as the majority of subsidies that go to fossil fuels and nuclear".

An early draft last year could have made it possible to subsidise new nuclear power plants without consulting the Commission, provoking fierce criticism.

However, the latest guidelines do not include rules on aid for nuclear energy. This means if member states want to fund such projects, they need to notify the Commission, which will assess requests on a case-by-case basis.

The omission was a blow to Britain, which wants to use state guarantees to help finance a nuclear plant to be built by France's EDF. The EU executive is investigating whether the plan breaks the bloc's competition rules.

The industry exemptions cover 68 sectors in all.

As European energy costs exceed those in the United States, where shale gas has reduced prices, Eurofer, the European Steel Association, complained that even with the waivers it faced a competitive disadvantage.