Posted by tvernile on Monday, 16 June 2014 in Wildlife Conservation 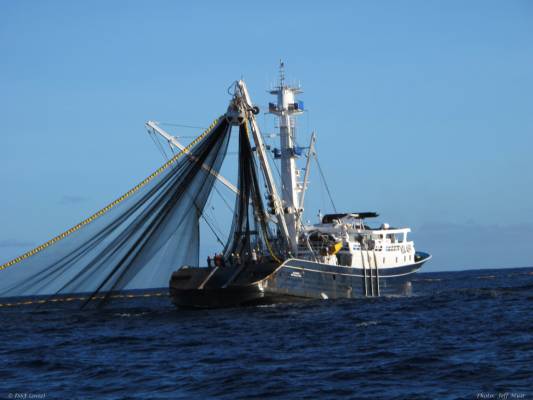 Colombo, Sri Lanka. After five days of deliberations, member states of the Indian Ocean Tuna Commission (IOTC) have deferred most of the proposed conservation and management measures for tuna and sharks in the Indian Ocean. Some member states went so far as to refuse support for a non-binding recommendation to end shark finning, agreeing only to a suggestion the issue could receive serious attention at next year's IOTC meeting.

Also deferred to next year's meeting were proposals to ban wasteful discards in favour of full utilisation of catches, for enhancement of the IOTC observer programme, to study Vessel Monitoring Systems and to establish a working party on compliance with IOTC rules."Efforts to conserve sharks faced the largest setbacks. Proposals to protect vulnerable hammerhead and silky sharks met stiff opposition, as well as proposals to prohibit the removal of shark fins for all other species", said Dr Wetjens Dimmlich, WWF's Indian Ocean Tuna Programme Manager. Another key measure deferred were proposed controls on the use of Fish Aggregating Devices, increasingly sophisticated floating platforms to attract schools of tuna, which greatly enhance the harvesting capability of purse-seine fleets. "A number of member states currently seeking sustainability recognition for their fisheries are failing to recognise that appropriate management of FADs is a requirement for a fishery to meet any credible sustainability standards," said Dr Dimmlich. "It is likely these countries will face increasing pressure from sectors of their fishing industries to take appropriate action." Some positive outcomes were recorded. In an important step toward combating illegal, unregulated and unreported (IUU) fishing, from 2016 all eligible vessels will be required to obtain unique identification numbers. Another significant commitment will be a three year program to improve the dialogue between managers and scientists, which should greatly help managers in understanding the advice and recommendations from the IOTC Science Committee and accelerate progress in managing tuna stocks.Although disappointed that a number of opportunities for progress were missed, Dr Dimmlich remains optimistic, "Many key states have expressed great interest in working with WWF to improve their fisheries and their capacity to meet their obligations as members of the IOTC. We look forward to supporting and recognising their efforts to ensure the future of their tuna fisheries. We also welcome Bangladesh, Djibouti, and the Democratic People's Republic of Korea to the IOTC family."