Posted by tvernile on Wednesday, 18 June 2014 in Environmental Heroes

Is that factory near you spewing toxins? UCLA students create website to tell you 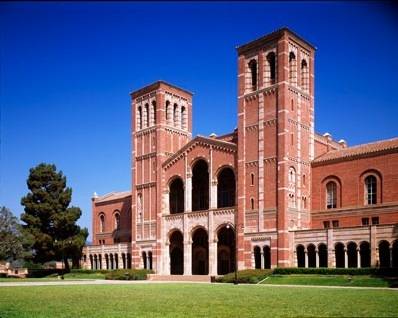 A team of seven UCLA environmental science students has created a website that shows how emissions from local factories are impacting air quality in Los Angeles County.

The website, created as part of the Environmental Protection Agency’s Toxics Release Inventory University Challenge, will help residents of the Los Angeles Basin access information related to factory-produced toxic emissions. It will also benefit industrial facility operators, giving them a better sense of their environmental impact, how their sites compare to others and how they might improve their records.

"We wanted to target these four industries because they account for 89 percent of the total toxic releases in L.A. County," said student Leanna Huynh. Primary metals, she said, account for 38 percent of emissions, while petroleum accounts for 31 percent, fabricated metals make up 15 percent, and chemical producers are responsible for 5 percent.

Each of the facilities included in the report was individually graded on a number of variables, including the total amount of toxic releases, releases per $1,000 of revenue, the percentage of waste treated through preferred management practices, and the cancer risks.

Students assigned each facility a score out of 100, with a lower score representing lower environmental impact. For example, in primary metals processing (iron, steel, copper, aluminum and other metals), Quemetco Inc. and Exide Technologies had some of the highest environmental impact scores in Los Angeles County — 89 and 78, respectively. On the other end of the scale, Sapa Extruder Inc. scored 3 and Cast-Rite Corp scored 6, making them the lowest-impact facilities in the primary metals industry.

"Cal EcoMaps is expected to be a valuable resource for both L.A. residents and industry because it brings together disparate information in one easy-to-use interface to tell a clear story about relative environmental impact and performance," said Steve Knitzer, director of the Environmental Protection Agency’s toxics release inventory program. "The methodology and metrics developed by this team of students are entirely new and provide an example that other researchers can emulate when analyzing pollution data for their own areas of interest."

The students hope the website will be used by members of the local community to gain better insight into the effects nearby industries are having on air quality and public health. They also say it will help industry operators see how their site records compare to others in their sectors and will hopefully encourage best practices and an overall reduction in toxic release levels.

"If the public doesn’t care, then the facilities won’t care," said student Ha Hyun Chung. "And how would they care without access to this information in the first place?"

Cal EcoMaps was created as part of a nine-month UCLA senior practicum course and was one of 11 group projects developed by students.

The goal of the senior practicum, which is administered though the Institute of the Environment and Sustainability (IoES) at UCLA, is to provide students with an opportunity to work on practical issues and gain real-world experience in problem-solving, research and presenting data.

"One of the additional benefits is that students work for a client," said Magali Delmas, a professor at the UCLA Anderson School of Management and IoES, and director of UCLA’s Center for Corporate Environmental Performance, who served as faculty adviser. "They have to work together and produce professional-level results. It’s an entry into the professional world building on some of the skills they’ve gained as UCLA students."

Additional groups in this year’s class addressed the rise of antibiotic resistance due to the use of antibiotic on poultry farms, estimated volatile organic compound pollutants in Los Angeles’ West Coast Groundwater Basin, evaluated certified wildlife habitats, and explored how the city of Hermosa Beach might work toward decarbonizing its electricity, among other topics. Community partners included the Los Angeles Regional Water Quality Control Board, the Natural Resources Defense Council, the National Park Service, Heal the Bay, the Bay Foundation, the National Wildlife Federation and the city of Hermosa Beach, to name a few.

Like Cal EcoMaps, the research produced in this course over the years has had real-world applications and public benefit, said Travis Longcore an associate adjunct professor at IoES who has coordinated the class for the past six years.

In March 2014, Heal the Bay publicly released the findings of a study conducted by students in the 2012–13 class. Their 30-page report challenged the standard recommendation of public health officials that beachgoers wait three days before entering the ocean after a significant storm because of elevated bacteria levels; instead, based on their measurements, they recommended a five-day waiting period, especially for enclosed beaches or beaches near storm drains. (See Los Angeles Times article.)

Additionally, a report produced by students in 2009–10 examined the use of rodenticides, poisons used to kill rats, and discovered that consumers were misusing them and causing death in wildlife populations. There was no previous scientific evidence of the connection, although experts strongly suspected a link, Longcore said.

"No one had ever asked people how they were applying these rodenticides," he said. "The study was published in Cities and the Environment and was later cited by the California Department of Pesticide Regulation in a proposal to ban the use of these rodenticides in certain contexts."