Posted by indiantrail on Tuesday, 15 July 2014 in Mining

A Canary for Coal Mines 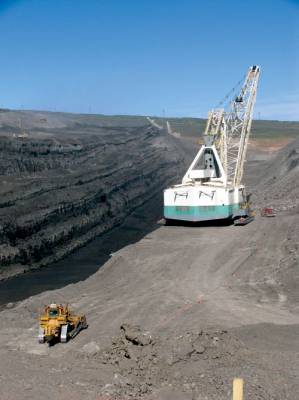 Late last month, a federal judge in Colorado stopped a coal-mining lease expansion from going forward, claiming that the agencies involved had not worked hard enough to account for climate impacts, either in the mine’s operations or in the amount of emissions that could come from the burning of the coal.

The decision came just after the Environmental Protection Agency issued a new set of regulations for emissions from power plants, and, though it may be appealed, it could set new precedents in the way mines and agencies calculate the cost of coal to the climate.

Though climate change has been discussed by scientists for decades, it has not yet coherently made its way into law or policy.

That’s why when U.S. District Court Judge R. Brooke Jackson — a Western judge appointed by President Obama — ruled late last month to enjoin expansion of Colorado’s West Elk Mine, it came as something of a surprise.

Jackson ruled that the BLM failed to account for the “social cost of carbon,” an established monetary measure of how the greenhouse gas emissions might affect global warming.

“This is the first time that I'm aware of that conservation organizations like ours have been able to invalidate a BLM approval for a coal mine, because an agency failed to adequately consider climate change impacts,” says Nathaniel Shoaff, staff attorney for the Sierra Club, which joined other groups in suing federal agencies for their approval of the lease expansion. “And that the court did so on these grounds is going to come up in lots of other cases.”

Jackson ruled that the Forest Service and Bureau of Land Management had failed to consider all the impacts of the West Elk Mine lease expansion, as required by the 1969 National Environmental Policy Act. The mine, owned by Arch Coal — one of the nation’s biggest coal mining companies — had sought to extend its underground mining operations into the Sunset Roadless Area of Gunnison National Forest, a landscape of aspen, scrub oak and beaver ponds popular with big game hunters. The expansion would have required numerous roads and wells to vent the underground methane pockets trapped amid the coal.

The agencies thoroughly touted the project’s economic benefits, “down to the job and the nearest $100,000,” without fully examining the costs to the area and the climate, Jackson said.

That includes potential venting of methane, a greenhouse gas many times more potent than carbon dioxide, during mining operations, as well as the CO2 released from the coal once it is removed from the ground and burned in a power plant.

Jackson also ruled that the BLM failed to account for the “social cost of carbon,” an established monetary measure of how the greenhouse gas emissions might affect global warming. The BLM did not consider that cost, despite government models that can, in fact, make such estimates.

“In effect the agency prepared half of a cost-benefit analysis, incorrectly claimed that it was impossible to quantify the costs, and then relied on the anticipated benefits to approve the project,” Jackson wrote in his decision.

Jackson also took issue with something called the Colorado Roadless Rule. That 2012 rule, a compromise between the state’s mining industries and environmentalists, was a response to former President Clinton’s roadless rule, which would have prohibited roads in coal-seamed areas of Colorado’s North Fork Valley.

In his decision, Jackson agreed with the plaintiffs, who claimed the Colorado Roadless Rule had not sufficiently accounted for potential costs to the climate, and so should not be used in arguments for a coal-mine lease expansion.

The Colorado Roadless Rule effectively opens up 350 million tons of coal for extraction, Shoaff says. That’s a huge amount of coal and a huge amount of carbon. In the past, the BLM and Forest Service have argued that if that coal is not mined in a particular location, it will be mined elsewhere, canceling out the costs to the environment.

“That is a totally specious argument,” Shoaff says. “And this court got rid of it in about one page.”

The court’s decision sets up potential precedents going forward, reminding agencies that they need to better account for costs to the climate in their leasing agreements, Shoaff says. That includes the market impact of pulling so much coal out of the ground. Economic models can predict what will happen to the price of coal if a particular amount of it is not mined. Generally the price will increase, potentially making other, less-polluting energies more appealing, and thereby reducing carbon emissions.

Whether or not the West Elk Mine decision is appealed remains to be seen, though it’s likely to be. And the overall effect on the coal industry, or even on Arch Coal, is an open question. Arch Coal did not respond to requests for comment, but company spokeswoman Kim Link told theColorado Independent the ruling would not change operations immediately, although it would complicate long-term planning.

That kind of uncertainty is the problem with decisions like this one in the absence of a coherent national energy policy, says Robert Godby, director of the University of Wyoming’s Center for Energy Economics & Public Policy. No such policy means a “hodgepodge of rulings” like the West Elk Mine decision.

“The screws are getting turned on greenhouse gases, and anybody involved in that industry knows that,” he says. “And they're hoping for some clarity so they can move forward.”

Stuart Sanderson, president of the Colorado Mining Association, decries the lack of such clarity.

“The (Obama) administration was not capable of producing a climate bill that could get through the Congress, even when the Democrats had a filibuster-proof majority in the U.S. Senate,” he says. “Failure to work with industries and try to achieve consensus has created a national (regulatory) vacuum.”

Still, the West Elk decision makes clear that arguments for burning coal are now being weighed against its costs to the environment, and coal is starting to lose.

“Slowly but surely those decisions are adding up,” Godby says. “I don’t know if we’ve hit the tipping point, but we’re closer to it.”