Posted by Jrramos on Monday, 08 September 2014 in Fossil Fuels

Beijing aims to ditch coal use by 2020 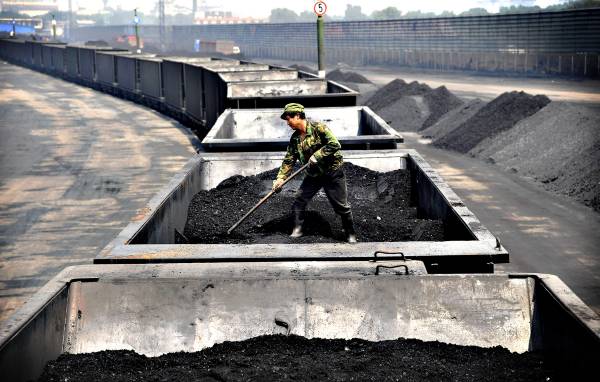 Beijing is set to ban coal sales and use across its six main regions by the end of 2020 in a bid to cut air pollution, Chinese state media has reported.

The Beijing Municipal Environmental Protection Bureau announced Tuesday the districts of Dongcheng, Xicheng, Chaoyang, Haidian, Fengtai and Shijingshan will stop using coal and its related products, and close coal-fired power plants and other coal facilities, according to Xinhua.

Electricity and natural gas will replace coal for heating, cooking and other uses, the bureau said, with other fuels, such as fuel oil, petroleum coke, combustible waste and some biomass fuels, also likely to fall foul of the new regulations.

According to official statistics, coal use accounted for over 25 percent of the capital's energy consumption in 2012, but its share is expected to fall to less than 10 percent by 2017.

Currently, pollution from coal-burning combines with vehicle exhaust and industrial production to account for almost 72 percent of the PM 2.5 soot particles blamed for the city-wide smogs that have choked Beijing and other cities across China.

China's rapid growth means it now consumes just under half of all the coal produced in the world, but in the last few years there have been signs Beijing is seeking to curb its reliance on the carbon-intensive fuel.

The country is planning a renewable energy program 10 times larger than the U.K.'s entire power system, as well as accelerating nuclear power and energy efficiency measures in line with commitments to reduce the carbon intensity of its economy by up to 45 percent between 2005 and 2020.

In addition, carbon trading schemes have been launched in seven cities and provinces, while regional governments have been given new powers to shut down factories and power plants that fail to meet air quality standards.

A Greenpeace report earlier this year found the carbon cutting commitments made by 12 cities would, if fully implemented, cut coal use by 350 million tons by 2017 and deliver CO2 emissions savings of around 700 million tons. Meanwhile, research by Lord Stern speculated that China's stated intention to pursue more sustainable economic growth has prompted discussions on setting a target to curtail the rise in the country's annual consumption of coal before the end of its 13th Five-Year Plan, which will run from 2016 to 2020.

Moreover, a recent report from credit ratings agency Standard and Poor's suggested growing demand for coal from China could flatten by 2020, representing a potential risk for coal investors.