Posted by plantitfilm on Thursday, 11 December 2014 in Wildlife Conservation 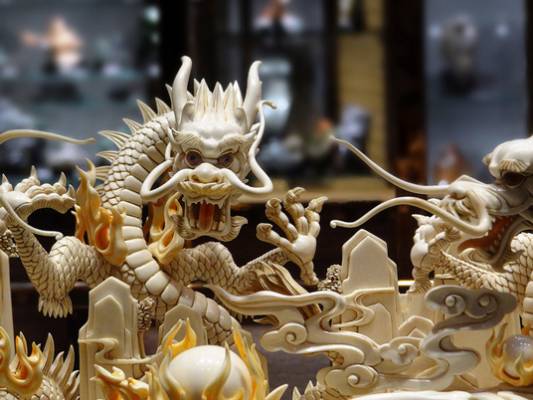 Recently, Animal Planet aired a documentary entitled "Saving Africa's Giants with Yao Ming." The show, developed in conjunction with the environmental non-governmental organization WildAid, depicts the Chinese basketball player Yao Ming meeting with wildlife conservationists to discuss the future of African elephants and rhinoceroses. The documentary is part of an increased information campaign that includes other celebrities such as the Duke of Cambridge, David Beckham and Jackie Chan.

This campaign is aimed at stopping the trade of animal products, particularly ivory from elephants and rhino horn. The hope is that Chinese celebrities such as Yao Ming and Jackie Chan will appeal to and educate a vast Chinese market. China is the world's largest market for ivory and, along with Vietnam, is one of the two largest markets for rhino horn. Ivory is typically used for ornamentation while rhino horn is believed to have medicinal qualities; the demand is so great that the current price for ivory is over $2,100/kg, and rhino horn is over an astounding $65,000/kg.

The trade of ivory and rhino horn may well determine the future of Africa's elephants and rhino populations. At the present rate of poaching, the populations of both species are unsustainable. The current African elephant population is estimated between 470,000 and 690,000; poachers have killed over 100,000 elephants in the last three years. The population of rhinos in Africa is estimated to be less than 25,000; thus far in 2014, over 1,000 rhinos have been poached in South Africa alone.

Many conservationists believe that if nothing is done about this poaching epidemic, the two species may go extinct within the next twenty years.

A recent report from the Environmental Investigation Agency described the extent to which Chinese nationals, and in some cases, Chinese officials are connected to the ivory trade in Tanzania. The report cites interviews with poachers who claim to have sold ivory to officials in the Chinese Embassy. It also links a surge in the Tanzanian ivory market during an official visit from a Chinese naval task force and even claims that members of President Xi Jinping's entourage smuggled ivory out of Tanzania on the presidential plane during his visit in March 2013.

Born Free USA, a U.S.-based conservation organization, states, "Chinese illicit ivory traffickers in particular have been arrested across nearly every single African range state, and operate at nearly every point along the ivory supply chain."