Posted by hzicko on Sunday, 01 March 2015 in Earth Violators

BP oil spill: dead zones for many, profits for the few 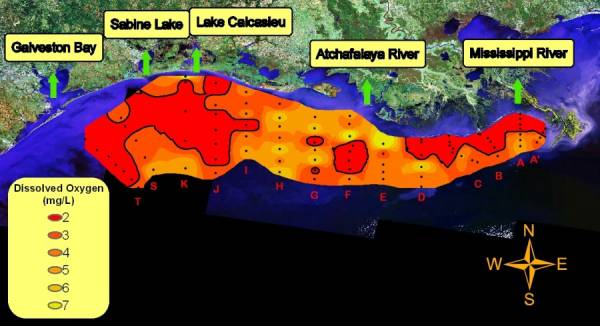 When discussing the untold misery capitalism wreaks upon the poor and unwashed, apologists will resort to a defense as old and cynical as the system itself. “The free market,” they proclaim, “represents the untainted natural order, and tampering with its laws will yield devastation.”

How ironic, then, that as the aftermath of the 2010 oil spill devours the Gulf of Mexico, the forces of profit-driven harmony refuse to offer meaningful help. Instead, their money flows towards a different clean-up effort: ad campaigns to polish British Petroleum’s image.

However, four years of scrubbing have yet to purge the business’ stains, although media backlash has significantly dwindled. So when the Journal of the American Water Resources Association released a study last October lamenting the Gulf’s present conditions, few people asked why BP continues to net private revenue after soiling the public domain.

If one seriously ponders that question, radical conclusions will emerge. Perhaps the profit motive places little value in ecological stability. And maybe, for sufficient reparations to be dealt, British Petroleum’s assets should be seized, nationalized, and steered towards fulfilling social needs.

Granted, the oxygen-deficient “dead zone” plaguing the region existed before the oil spill, but as the study emphasizes, the current dependence on voluntary farming practices to prevent disaster will “fall short of achieving this goal, even if adopted on all cropland.” In addition, BP greatly exacerbated the issue, with its careless practices generating the worst environmental disaster in United States history.

One the one hand: a swelling crisis in the Gulf that will require massive intervention to resolve. On the other: an incompetent corporation, guilty of both causing the problem and contributing precious little to its solution. The market may not know what to do with this equation, but a socially-owned BP would.

As the world ecological situation worsens, only a full-scale reorganization of our economic model will redirect capitalism’s suicidal course. But significant reforms should be pursued on the pathway to revolution, and the seizure of BP’s assets would provide major resources for restoring the Gulf. If the millionaires controlling the company dislike this notion, they should realize that, when you abuse the masses, they’ll rise in retaliation.