El Niño expected to hit US hard, but not enough to ease California drought 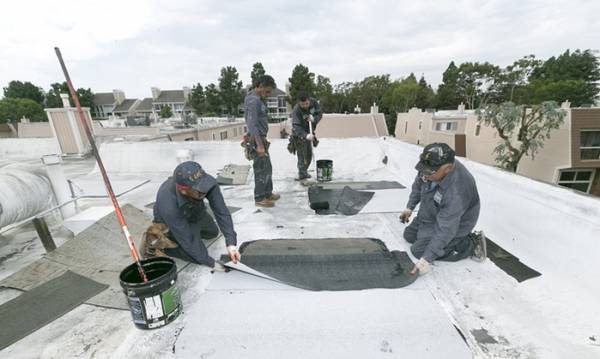 Climate officials are warning that this winter’s El Niño weather pattern is likely to be one of the strongest on record, bringing huge storms and a cold, wet winter for many – but nowhere near enough rainfall to reverse the disastrous long-term drought in the western US.

Any heavy rainfall will be welcome news for thirsty California, parched for the last four years by a historic dry period.

But people should not be fooled that the rain is the answer to long-depleted reservoirs and groundwater supplies and overuse in the bone-dry state, the scientists warned on Thursday.

Meanwhile, a forecast of El Niño bringing a dry, warm winter in the northern half of the US will not help the north-west’s chances of avoiding a repeat next summer of 2015’s deadly wildfires. However, as soon as any winter rains do arrive, the first storm brings a great risk of flash-flooding to areas of the region with a fire-blasted landscape, the experts warned.

The Climate Prediction Center of the federal National Oceanic and Atmospheric Administration (NOAA) warned that: “Strong El Niños can result in more frequent and intense storms and heavy rain and snowfall in certain parts of the country and an increase in tropical cyclones in the Pacific.”

The weather pattern already detected from El Niño that has kept the Atlantic hurricane season relatively quiet so far, however, is expected to continue to do so for the remainder of the fall, NOAA reported.

“But for California, a single El Niño event is unlikely to erase four years of drought even with extra rainfall. And as for prospects of additional snowfall for the Sierra Nevada – well, that area has no correlation with El Niño,” said Kevin Werner, NOAA’s director of climate services for the western region.

In Washington state, which suffered the most severe infernos of the summer, but also neighboring Oregon, Idaho and Montana, Werner warned that areas that have been burned severely will be susceptible to flash-flooding.

“It does not take a lot of precipitation – one big storm can cause flash floods in areas that have been burnt, and downstream from that,” he said.

The experts are unable to determine if the north-eastern US will see more record snowfall such as hit Boston last winter.

Overall the north-east is expected to have a warmer winter than average as a result of the periodic weather cycle.

The El Niño weather pattern cycles occur approximately every two to eight years, with varying degrees of intensity, and the US has only collected official data on the event and resulting unsettled weather since 1950, so it is difficult to see long-term trends, the NOAA admitted.

An El Niño event is considered likely to be strong and long-lasting when surface water temperatures in a regularly monitored patch of the equatorial Pacific Ocean are two or more degrees celsius above average from mid-August into early September.

The coming winter’s El Niño effects are likely to be felt throughout the period December 2015 to March 2016.

“There is a 95% chance it will last through the winter,” said Mike Halpert, deputy director of NOAA’s Climate Prediction Center.

The last monster El Niño winter was in 1997-1998 and brought deadly flooding and mudslides to the west.

NOAA forecasts this winter’s event could be just as powerful, but even if it does not top 1997 for intensity could be in the top three since records began, Halpert added.