Posted by gibby on Sunday, 20 December 2015 in Fossil Fuels

Offshore Drilling on the Atlantic Coast 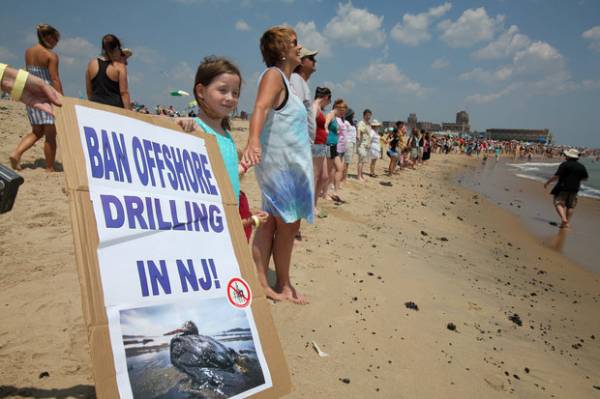 When then-Gov. Robert F. McDonnell (R) first pushed the idea in 2010, it was easy to find Virginians who favored oil and gas drilling along the Virginia coast, even in this tourism-dependent city of 450,000. The Virginia Beach City Council voted 8 to 3 that year in support of the giant offshore rigs, betting, along with the mayor, that “there’s going to be money made.”

But that was before the Deepwater Horizon oil spill in the Gulf of Mexico and before oil prices began their historic slide. At its December meeting two weeks ago, the same city council abruptly reversed course, voting to rescind its 2010 resolution after some of the city’s biggest business alliances campaigned against drilling.

“Why should we put ourselves at risk?” Laura Wood Habr, vice president of the city’s restaurant association, said in an interview after the vote.

The Virginia Beach council’s reversal is the latest blow to a plan that could bring offshore drilling to the Southeast Atlantic coast as early as 2017.

In recent months, at least 93 coastal communities — from small beach towns on the Delmarva Peninsula to the wealthy and politically powerful cities of Charleston and Myrtle Beach in South Carolina and Savannah, Ga. — have joined a revolt against a pro-drilling movement that once seemed unstoppable in the Republican-dominated South.

The Obama administration is expected to finalize by early spring a plan that could allow limited oil and gas development off the coasts of four Southeastern states — Virginia, North and South Carolina, and Georgia. All four have heavily supported drilling in the past. But lately, resistance to the plan appears to be growing, particularly in coastal towns where politicians and business leaders are expressing doubts about whether oil and gas can deliver the economic benefits the industry’s backers claim.

In Columbia, South Carolina’s capital, representatives of 400 businesses held a news conference outside the office of Gov. Nikki Haley (R) last week demanding that she withdraw her support for the drilling plan. The list of opponents has grown to include Columbia’s city council and South Carolina’s Small Business Chamber of Commerce. Even Republican Lt. Gov. Henry McMaster has publicly expressed doubts about the plan.

“If I had to make the choice right now? No,” McMaster told the State newspaper.

In Virginia Beach, the opposition includes virtually the entire hospitality industry — hotel owners, restaurateurs and shop owners who depend on the city’s 6 million visitors a year for their living. Opponents ask whether tourism — the city’s lifeblood — should be jeopardized to allow room for a new industry whose benefits to the city are uncertain.