Posted by thatsenough on Sunday, 31 July 2016 in Climate Change

WHERE WAS CLIMATE CHANGE AT THE PARTY CONVENTIONS? 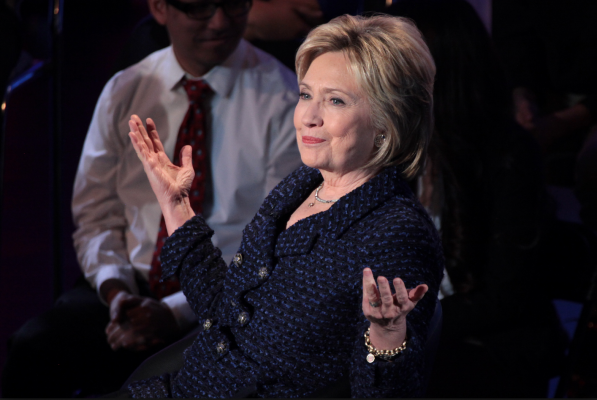 If you watched the political conventions during the past two weeks, you heard a lot about isis and national security and police and race and jobs. You didn’t hear much, though, about climate change, despite the fact that it’s arguably the most consequential long-term problem the U.S. faces, and one that requires government action. Yet it’s simply not an issue that most American politicians want to talk much about. The Republicans, of course, are actively hostile to discussions of the problem, dismissing it as relatively trivial when they’re not denying its existence. At the G.O.P. Convention, the phrase “climate change” was mentioned only a few times, and the subject was raised only to reject the idea that it’s a problem at all. The Party’s platform, meanwhile, explicitly rejects the recently signed Paris Agreement.

The Democrats are, at least in theory, committed to slowing the growth of greenhouse-gas emissions, and, eventually, to shrinking them. But watching the Democratic Convention, climate change didn’t seem to be a high priority. There was no prime-time segment devoted to the subject—certainly nothing like the ones devoted to national security, police-citizen relations, and other issues. James Cameron did present a short film on climate change, on Wednesday evening, but it didn’t air in prime time. As for the marquee speakers, they made only glancing reference to the threat of climate change, when they mentioned it at all. Barack Obama made one reference to the Paris Agreement, and had one line about climate change. Hillary Clinton said, “I believe in science” (a sadly necessary counter to the G.O.P.’s denials of climate science), and, “We can save the planet.” But she had far more to say about other issues, and said nothing about specific measures we might take to deal with the problem.

The exception to this relative indifference was Bernie Sanders’s speech, on Monday night. Sanders explicitly articulated the nature of the threat, calling it “the great environmental crisis facing our planet,” and talked about the consequences of failing to act. He also conveyed a real sense of urgency, saying that action was necessary “in the very near future.” Although Sanders has a reputation for caring only about wealth inequality and campaign-finance reform, he spoke consistently about climate change throughout the primaries, and has highlighted Donald Trump’s refusal to take it seriously.

The Democratic establishment’s comparable reticence on climate change speaks to the fact that it isn’t seen as an issue that galvanizes voters (even though two-thirds of Americans wanted the U.S. to strike a climate agreement in Paris last year). This helps to explain why, when you compare the U.S. to European nations such as Denmark or Germany, or even to China, we’ve made relatively little progress in transitioning away from fossil fuels. The opponents of meaningful action on climate change are, for ideological and financial reasons, heavily invested in stopping or slowing action. That, combined with our political system’s tendency toward inertia, has made action difficult—the only reason the U.S. could sign the Paris agreement, after all, was because Obama did an end-run around Congress.

The many barriers to action mean that if Democrats are serious about addressing climate change, they’ll need to do more to marshal popular support. In that sense, the Convention was a missed opportunity. The planet can’t afford too many more of those.