Posted by RynoReevo on Friday, 26 August 2016 in MyBlog 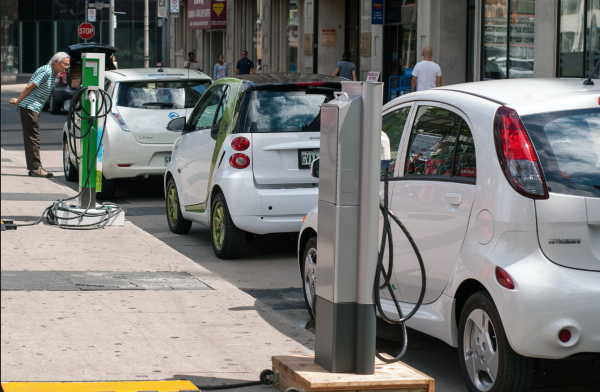 Though the 10 states taking part in CARB’s zero-emissions vehicle (ZEV) program are mostly in the Northeast, the region is far from the best when it comes to getting electric cars on the road. A lack of purchase incentives, inadequate charging infrastructure, and limited EV selection in dealerships have ensured the West Coast remains the place where plug-ins are seen at much higher volumes.

The East Coast continues playing from behind. To illustrate this point, the latest data on electric carconcentration, which was released by the Department of Energy in August 2016, shows only one state on the eastern seaboard ranking in the top five, and it’s far below the Mason-Dixon Line. Of course, extensive public transportation networks in Philadelphia, New York, and Boston play a role in the equation, too. Millions actually can commute without a car in these cities. Try that, L.A.

Here are the five states where electric vehicles rule, based on the number of registered plug-ins on the road per thousand people.

Despite having no purchase incentive, Oregon ranked fifth in EV concentration in 2015 with 2.04 plug-ins per thousand people. Residents of the famously green state share Californians’ enthusiasm for nature and back it up with vehicle purchases. According to Union of Concerned Scientists data, Oregon is also one of the best places to drive an electric car for its high mix of renewables in the power grid. Plug-in owners average about 94 miles per gallon when charging in the Pacific Northwest.

Historic Savannah and other parts of the Peach State might call out for a horse and carriage rather than a bug-eyed EV, but Georgia’s long-running $5,000 purchase incentive did wonders for the plug-in vehicle mix. When it was struck down, purchases dropped by half in the first month. However, Georgia residents, most of whom were centered in Atlanta, had already tallied enough registrations to crack the top five. Some 2.2 EVs per thousand people were on the road in the state at the close of 2015.

Though Washington has not joined the California-led ZEV program, the Evergreen State has been one of the top states for plug-in vehicle driving and awareness. At the close of 2015, 2.32 EVs had been registered per one thousand people. In March 2016, Seattle unveiled a program designed to slash emissions in half by 2025 with a focus on EVs in the government fleet and charging stations for residents. The city’s welcoming of car-sharing networks, one of which includes the BMW i3, is an integral part of the campaign for cleaner air in the Emerald City.

If there is one landscape that demands to be protected at all costs, Hawaii’s would be it, and the Aloha State bragged nearly three registered plug-in vehicles (2.92) per one thousand people at the end of 2015. Now the state’s electric grid should be the priority. Compared to other U.S. regions, Hawaii ranked among the worst for its power mix with oil supplying 90% of the state’s energy. But there’s good news: goals of 30% clean energy by 2020 and 100% by 2045 have created a boom in solar and wind development.

There is probably little surprise that California dominated the field once again in 2015. In the nation’s largest auto market and most populous state, 4.68 plug-in vehicles were registered per 1,000 people. The Air Resources Board’s ZEV program has put many aggressive measures in play to achieve this concentration, and the agency continues tweaking the formula to make sure incentives are being funneled to those who need it most. California has been a true pioneer in EV deployment, and we can’t wait to see what its next move will be.