Posted by Jentyl on Tuesday, 17 January 2017 in Earth Violators

Trump could actually be good for the environment 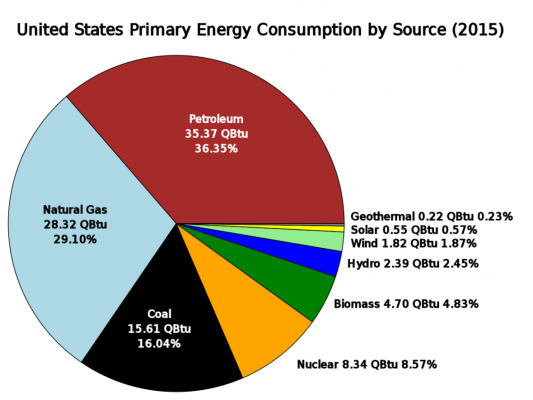 Is denial what people need to get going?

The Trump administration might be skeptical on the phenomenon of global warming but the President-elect's infrastructure policies could, in fact, have a positive impact on the environment, according to an asset manager.

Since his Nov. 8 election win, President-elect Trump has riled environmentalists by appointing a critic of the Environmental Protection Agency to head the agency, calling for the deregulation of oil exploration and threatening to withdraw from the historic COP21 Paris Agreement that aims to limit the increase in global average temperatures.

"Trump is very keen on bringing more economic growth back to the United States. More industrial activity is very good for companies that are solving environmental problems, (including) cleaning up the water supply from fracking water, air quality and pollution," Simm told CNBC's "Squawkbox."

The other reason? Sitting out from participation in the environmental revolution could be a loss to the U.S. in terms of political and economic clout.

Despite its early resistance to carbon emissions limits, China has recently become a major advocate of climate change, Reuters reported. The world's second largest economy is poised to take on a leadership role in tackling global environmental issues should the U.S. withdraw from the international stage.

"The (Paris) climate change agreement is one of the biggest stories of the next decade," Simm said.

"We're going to be completely transforming our economy in terms of power generation, heating our homes, transportation. If the United States sits on the sidelines, it's going to miss out on massive opportunities…(which would be) completely opposite of what Trump's trying to achieve," Simm added.

"The Paris Agreement has been ratified. It's been agreed (on) globally. It's a commitment," Simm said, "The President-elect, when he becomes President, may actually try to slow things down in terms of implementing policy in the United States but he can't overturn the deal. That's not possible."