Posted by Aaron on Thursday, 17 November 2011 in Climate Change

Carbon Emissions are Much Worse Than Predicted 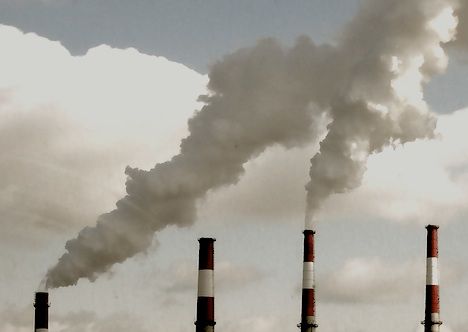 The U.S. Department of Energy recently released calculations stating that the total global carbon output in 2010 was the biggest increase ever recorded. The world pumped about 564 million more tons of carbon into the air in 2010 than it did in 2009, an increase of 6% with China, and the U.S. responsible for half the increase and India in 3rd place. According to two combined land and sea surface temperature records from NASA's Goddard Institute for Space Studies (GISS) and the US National Climatic Data Centre (NCDC), the first six months of 2010 were the hottest on record. According to GISS, four of the six months also individually showed record highs.

There is an urgent need to decrease man carbon emissions.  Policy, practice and life style changes are tepid at best and must be exponentially increased to meet the growing challenge.

So What Can You Do About It?

As someone who now realizes the urgency of our global warming dilemma, what can you do on a personal level to help lower carbon emissions?

1.     Coal is the biggest carbon source worldwide and emissions from that jumped nearly 8 percent in 2010. We can support government efforts to limit coal as a fuel, learn more about “clean” coal and if that is a real option, support energy development and companies moving away from coal to cleaner fuels. And limit our own consumption of energy, especially fossil fuel energy.

2.     We can support companies that use “green fuel.” This means companies that are powered by wind, solar, bio-fuels like algae and battery power. These companies often put this information on the label of their product. Buying green products including those using alternative fuels is powerful.

3.     Buy local! When things don’t have to travel hundreds or thousands of miles to reach your hands, they didn’t use as much carbon emissions to get to you.

5.     Don’t drive your car more than you have to. Group your trips taking the most efficient route and take the bus, carpool, bike or walk when you can!

6.     Turn off lights and appliances when not in use and keep the thermometer down and the air conditioning off as much as you can.