Posted by amir on Thursday, 19 January 2012 in Human Health

Saving the rainforest with a Stethoscope 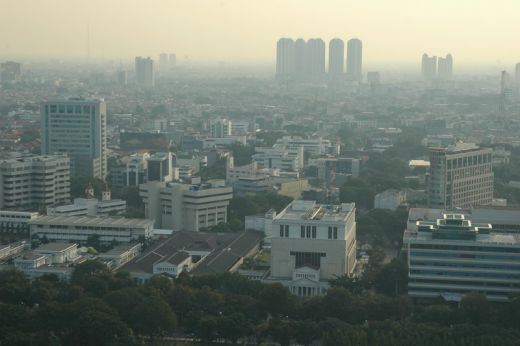 BOGOR, Indonesia (18 January, 2011)_ Improving the health of local women in forest communities may provide powerful incentives for them to contribute to conservation efforts, says a recent study by the Center for International Forestry Research (CIFOR).

However, minimal availability of healthcare services in forest areas along with the burdens of household responsibilities often see the health and safety of forest-dependent women largely ignored.

“In many forested areas, there are no formal healthcare services — no doctors, no clinics, no ‘modern’ medicines,” said Carol Colfer, CIFOR Senior Associate and co-author of“Forests, women and health: opportunities and challenges for conservation”.

“The only healthcare is often what is available locally, through indigenous knowledge and locally available plants,” Colfer said.

A survey of communities in Kalimantan, Indonesia by Indonesian NGO Alam Sehat Lestari(ASRI) showed that villagers spend around $209 per year on healthcare, far exceeding food expenditure ($145 per year), partly due to a lack of nearby access.

These steep medical bills have forced some into illegal logging, the study found. Others have cleared rainforests, often with government or industry support, to make room for pesticide-laden crops and plantations, which have contaminated ground water and help to spread disease.

In the absence of such medical facilities, responsibility for the care of sick relatives typically falls to women. In many areas, women are the main traditional healers and often have greater knowledge of forest resources as cures and preventions against diseases and other health problems. Because of this responsibility, women tend to have a special interest in improving the health of their communities.

Colfer stresses that women must be meaningfully included in decisions and policies relating to issues such as development and the environment.

“Women know what they want, what they are capable of, and can be powerful allies in attempts to reduce health problems related to reproduction”, Colfer said. “[This] can in turn liberate them for involvement in income generation, education, collective action, and political and conservation activity.”

Accounting for approximately half of the global population, women represent a huge potential human resource.

“Although their numbers in forests are small, their needs are great, owing to a variety of factors, including poor access to labour-saving devices, little access to birth control technology, and a variety of culture-specific constraints,” Colfer said.

Like environmental issues, many health problems are exacerbated by the birth and care of large numbers of children. In tropical forests, pregnancy presents additional risks, with infectious disease, decreasing food availability and a lack of healthcare services responsible for high rates of birth and mortality.

Despite being a core part of the fifth Millennium Development Goal – to improve maternal health –, more than 350,000 women die annually from complications linked to pregnancy and childbirth, with almost all occurring in developing countries. Uterine prolapse and stillbirths are also major complications that occur much more regularly in the developing world and can be exacerbated by maternal age, poor healthcare, number or pregnancies, multiple births, untreated maternal infection (such as malaria and syphilis) and exposure to pollutants.

In spite of this, in many countries, forest populations are continuing to soar.  For example, in Indonesia government-sponsored transmigration policies have offered economic incentives to move landless people out of densely populated areas. According to conservationists worldwide, this ever expanding population is putting significant pressure on forest resources. For example, the study found that some women, facing a scarcity of fuelwood, have been forced to use less efficient fuels including twigs, leaves, dung, crop residue or even plastic.

These pressures may be lessened by responding to the demand for birth control in developing in developing countries, where around 215 million women who want to avoid a pregnancy still do not have access to an effective method of contraception (Singh et al., 2009).

“A lot of the problems can be solved by women’s greater access to birth control,” Colfer said, “so long as such efforts are done in a participatory manner in which women are the final decision makers about their own bodies.”

This, however, is easier said than done with many women subject to pronatalist cultures or demands (i.e. from husbands and in-laws).

Nevertheless, the study noted several examples of initiatives underway that integrate conservation and human health such as family planning, which aims to improve local livelihoods and environments, including among rubber tappers in Brazil and rural communities in Madagascar.

Although a number of gender-related issues have garnered the attention of policy makers and researchers, health issues of forest-reliant women in developing countries merit more serious attention, the study concluded.

Addressing these problems effectively, Colfer said, “will involve careful negotiation of local power relations (both traditional and modern), in support of women’s wishes”.