Posted by amir on Monday, 17 October 2011 in Climate Change 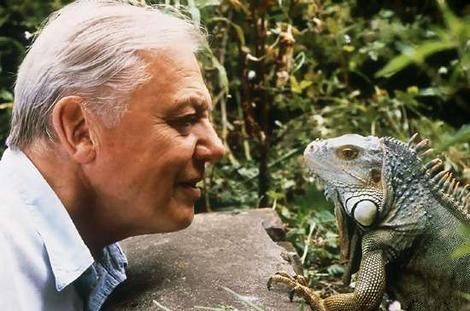 Sir David Attenborough has warned that life will get tougher for future generations as they battle the effects of global warming - and revealed how the "natural world" had helped him cope with grief.

The natural history presenter, 85, who is back on-screen presenting a BBC1 seven-part series Frozen Planet, said that he had "no doubt" that global warming "is man-made".

He told the Radio Times that it suited many climate change sceptics to "be that way" because it made their own life easier.

Asked whether he was hopeful or despairing about the future of the planet, he said: "I'm on the pessimistic side. I don't think there's any question that things are going to get worse.

Questioned on whether he thought naysayers were closing their eyes to scientific evidence because of their beliefs, he said: "I think that probably is so and I think it suits them to be that way - I mean, it would be a much easier life if it were not the case.

"You wouldn't need to bother about a lot of things. I would love to convince myself otherwise."

The veteran broadcaster criticised people who say recycling is a pointless response to the scale of the problem, saying: "I think it's a supercilious, condescending, anti-social and undemocratic thing to say.

"I could equally say, 'What does my vote matter?' You have to do what you can do. You can't say, 'I don't give a damn - and it doesn't make any difference if I save this milk bottle or turn off that light'."

Sir David, whose wife of almost 50 years, Jane, died of a brain haemorrhage in 1997, said that absorbing himself in the natural world had helped him cope with grief.