Posted by ep-admin on Tuesday, 20 July 2010 in Climate Change

Climate change to blame for hottest summer ever?

The first six months of 2010 brought a string of warmest-ever global temperatures, but connecting these dots to long-term climate change patterns remains frustratingly difficult, experts say.  Not only was last month the hottest June ever recorded, it was the fourth consecutive month in which the standing high mark was topped, according to the US National Oceanic and Atmospheric Administration (NOAA). Indeed, 2010 has already surpassed 1998 for the most record-breaking months in a calendar year. 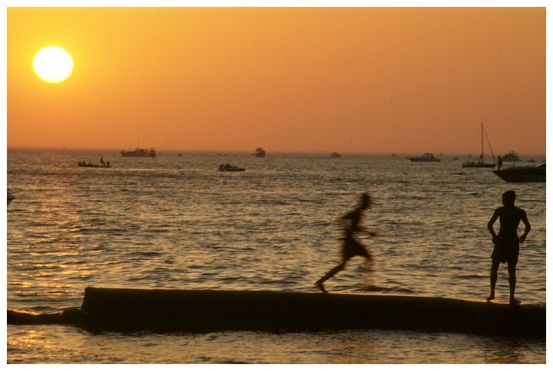 Arctic ice cover -- another critical yardstick of global warming -- had also retreated more than ever before by July 1, putting it on track to shrink beyond its smallest area to date, in 2007.

On the face of it, these numbers would seem to be alarming confirmation of climate models that put Earth on a path towards potentially catastrophic impacts.

Voluntary national pledges made after the Copenhagen climate summit in December would likely cap that increase at 3.5 C to 4.0 C (6.3 F to 7.2 F), still fall far short of the 2.0 C (3.6 C) limit that most scientists agree is the threshold for dangerous warming.

But making a direct link between year-on-year variations in the weather and changes in climate -- best measured in centuries -- is simply not possible, scientists say.

"When we are looking at the scale of a season or a few months, we can't talk about trends related to climate change," Herve Le Treut, head of France's Laboratory of Dynamical Meteorology, said by phone.

"The problem is knowing whether these numbers fit into a long-term evolution, and that only becomes apparent over at least two or three decades."

For scientists, he said, it would be like trying to figure out which way the tide is moving by watching only a few waves lapping at the shoreline.

A hotter-than-average 2010 is due at least in part to the influence of periodic El Ninos, which disrupt weather patterns in the equatorial Pacific, Le Treut and other experts point out.

"We now know that the year following an El Nino will be globally unusually warm," said Andrew Watson, a professor at the University of East Anglia in Britain.

At the same time the long-term trend of warming is unmistakable, and at least one figure from last month can be said to add to the mounting evidence that climate change is firmly upon us.

June was the 304th consecutive month with a global surface temperature above the 20th-century average, the NOAA reported.

The most recent month to dip below that average was February 1985, more than a quarter century ago.

"But if taken in the context of 2000-2010 being the warmest decade on record, and this set be another near record or record warm year, then this is further evidence that the climate is warming," he told AFP.

The Met Office uses different methods that the NOAA to calculate climate trends, and has not yet calculated data for June, he explained.

All of the ten warmest average annual global temperatures recorded since the end of the 19th century have occurred in the last 15 years.