Posted by EarthDude on Tuesday, 13 September 2011 in Wildlife Conservation 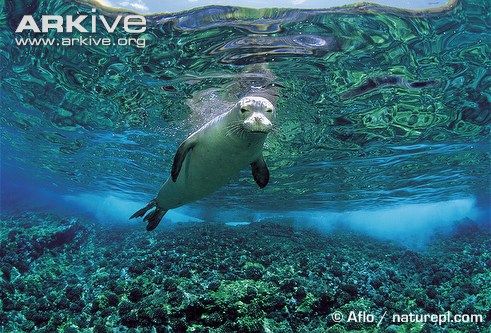 Listed as Critically Endangered by the IUCN, the Hawaiian monk seal was persecuted in the past for its meat, hide and oil, and its populations continue to decline as a result of human disturbance, low food availability and entanglement in marine debris.

The new research, published in the journal Conservation Letters, reports that the Hawaiian monk seal population in Hawaii's Papahānaumokuākea Marine National Monument is declining by about 4% a year.

In contrast, a population in the main Hawaiian Islands is increasing by 7% a year, despite fishing, development and boat activity all being permitted in the area. 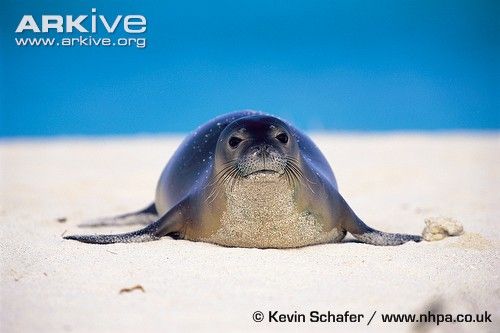 The Papahānaumokuākea Marine National Monument is one of the largest marine reserves in the world, covering an area of 362,000 square kilometres. Encompassing all of the Northwestern Hawaiian Islands, the reserve contains extensive coral reefs and includes important habitat for rare species such as the green turtle. It is also home to 85% of the Hawaiian monk seal population.

The reasons for the monk seal's decline in the reserve are unclear. According to Les Kaufman, a conservation biologist at Boston University in Massachusetts, "It's impossible to know if the reserve is actually causing or even contributing to this effect, but it's deeply disturbing that it hasn't reversed it."

Suggested causes of the decline include increased shark predation within the reserve. Fishing was banned in the area in 2006, but fishing discards prior to this may have boosted shark numbers, and these sharks could now be wreaking havoc on seal pups. Some locals have even started a shark-culling programme to control 'problem sharks'.

Other possible explanations include changes in the seal’s food supply due to warming waters, and competition for food from large fish known as jacks. Both could be contributing to the low pup survival which is driving the monk seal’s decline. Alternatively, the reserve may simply be too new for its ecosystem to have settled down.

Officials have been looking at ways to boost the Hawaiian monk seal’s population in the marine reserve. Suggested measures include moving weaned pups from the reserve to areas with higher survival rates, and then returning them to the reserve when they are older and less vulnerable.

According to the researchers, moving the pups may be a good idea for now, but they should not be moved back until things change in the reserve. However, conservationists have yet to determine what might need to change.

“Say you cull the sharks, and capture jacks, and transfer the pups – it’s still probably not enough,” said Leah Gerber, the lead author of the study.

Scientists have noted in the past that conservation measures for certain species can have unintended effects on others.

Gerber says, “It depends how you define success. Is it about saving endangered species, or preserving a functioning ecosystem? It’s worth taking a step back. Marine preservation areas may not be the solution in all situations.”

Read more on this story at Nature News – Seals slide towards extinction in Hawaiian reserve.

View photos and videos of the Hawaiian monk seal on ARKive.

Find out more about endangered species on ARKive.