An Eco-Friendly Solution to Coastal Hazards 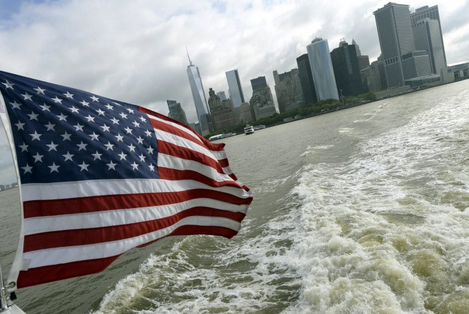 Unfortunately for America’s coastal cities, Superstorm Sandy was not an aberration. The storm that left so many Northeasterners stranded in flooded homes without electricity was just the first of many to be expected as sea levels continue to rise due to climate change. Cities are constructing plans to protect themselves from future storms—Mayor Michael Bloomberg released his strategy for New York City to the tune of $20 billion this month—scientists, engineers and politicians are seeking out innovative ways to protect our coastlines. A new study suggests that conservation of our ecosystems may be the answer.

The study published Sunday in Nature Climate Change suggests the preserving and restoring reefs and coastal vegetation could greatly reduce the damage incurred upon people and property during storms. “The traditional approach has been to harden shorelines using engineered structures like seawalls and levies,” explains Katie Arkema, who headed up the study. “As evidenced by Hurricane Katrina and Hurricane Sandy, that’s not going to be enough for that to be the only solution to protect our shorelines.” Governments agree. Mayor Bloomberg’s report includes coastal ecosystems as one of the longer-term resilience strategies.

An ecologist working at the Natural Capital Project at Stanford University, Arkema says the group took on the project to determine exactly how effective conservation could be in shoreline defense endeavors and to pinpoint those places in the United States that would most benefit from such efforts. “There has been a fair amount of disagreement about the extent to which ecosystems can help reduce the risk to people and property,” she said. “There just isn’t a lot of science out there to address this.”

Well here is what the new science says: by comparing five different “sea level scenarios,” the study finds that if measures are taken to ensure that existing coastal habitats remain fully intact, the number of people and the total value of residential property that are most exposed to hazards can be reduced by half. If these habitats were to be lost, an additional 1.4 million people living on the coast would be at risk to storm damages. Arkema and her colleagues took into special consideration the elderly and poor families–more vulnerable populations during natural disasters–when determining the vulnerability of a region.

The results of the study appear drastic–reducing hazards by half. However, Arkema and her team compare the exposure of our coastlines with their habitat (black bars in the chart) to the exposure of our coastline without any habitat at all (white bars in the chart). Though coastal development and pollution are greatly degrading our coastal ecosystem, we are not facing a national crisis in which we can expect these habitats to completely disappear, resulting in the “without habitat” scenario (represented by the white bars in the chart). Arkema says future work needs to be done to determine intermediate scenarios.

Yet the potential benefits of protecting our ecosystems have proven to be significant enough to be incorporated in resilience plans in both New York City and Louisiana. According to the study, New York, Florida, and California would most benefit from preserving or restoring (preserving tending to be the easier solution) their coastal habitats, and the Natural Capital Project hopes to work on a more local level these prioritized areas.