Posted by stringer on Tuesday, 06 August 2013 in Ocean/Seas/Coastlines

Some of the world’s most iconic oceans at risk 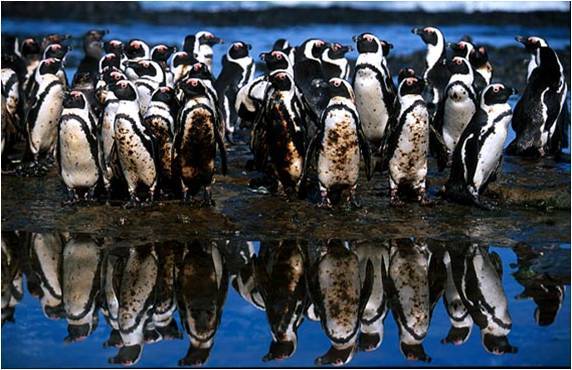 While the recent Seli 1 oil spill did not pose any immediate danger to marine life, it does serve as a stark reminder of the significant environmental risks posed by a poorly regulated shipping industry. Ahead of World Oceans Day on Saturday, WWF has released a new study on shipping accidents. It indicates how some of the world’s most iconic oceans are also the most at risk.

“Since 1999 there have been 293 shipping accidents in the South China Sea and east Indies, home of the Coral Triangle and 76 per cent of the world’s coral species.” says Dr Simon Walmsley, Marine Manger of WWF International. “As recently as April this year we`ve seen a Chinese fishing boat run aground on a protected coral reef in the Philippines that had already been damaged by a US Navy ship in January.”

Back home, South Africa has also seen its fair share of shipping accidents. In 2000, an iron ore ship the Treasure, sank carrying just 1 300 tonnes of fuel. However, due to strong onshore winds; the oil slick was carried onto Robben and Dassen Islands which are key breeding colonies for birds. Over 40 000 African penguins were affected by this spill (about 44 per cent of the global population); reminding us of how vulnerable we are to even minor spills.

The risk to the environment is directly linked to the type and amount of hazardous substances, including oil, being transported and the sensitivity of the marine area where any accident could occur.

“We really want to see the shipping industry promote greater owner and operator responsibility and encourage owners to register with better flag states, the country which a vessel is registered to.”

“Additionally, irresponsible and badly performing owners and countries need to be exposed in order to motivate them to significantly increase their standards which will decrease the number of accidents we see still occurring today,” adds Walmsley.

WWF South Africa concludes that despite being a major international shipping route, our marine ecosystems remain unprotected. Currently, the South African public needs to foot the bill for clean-up costs as we are financially unprepared to deal with any major oil spill disaster. We are therefore again calling on government to urgently improve maritime legislation by enacting the International Civil Liability Convention and Fund Convention into domestic legislation.