Posted by plantitfilm on Tuesday, 06 August 2013 in Wildlife Conservation 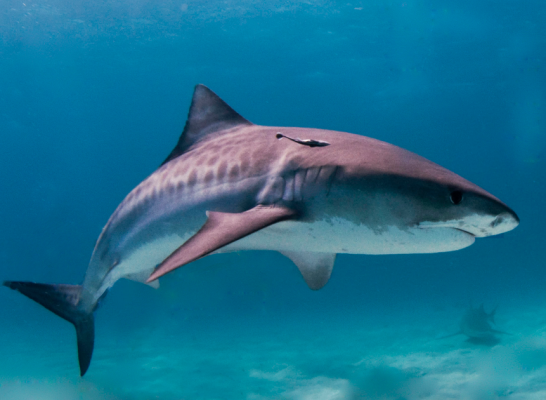 To present an alternative to the Discovery Channel's Shark Week (and cult TV movies like Sharknado), Heal the Bay staff write about the marine animals they love so much. The general public has been fed terrifying misconceptions about these creatures, and our mission is to raise awareness about the unique and important role sharks play in our local ocean ecosystem.

Every summer, predictably, images and videos of white sharks gobbling up elephant seals and little sea lions is the topic of conversation on everysmall screen in the U.S. Between the news media coverage of sharks in the South Bay and week-long cable programming dedicated to sharks I wonder and worry just what people are learning. Are people actually getting “smarter” regarding sharks, or is this coverage promoting fear and misinformation?

I react very differently to the news of shark sightings, as I find the appearance of white sharks in Southern California absolutely thrilling because they are so rare. (Just this week there was a reported sighting of a very large white shark lunching on a sea lion off of the Palos Verdes peninsula.) In fact the population of white sharks is estimated to be in the low hundreds off of the California coast. Although white sharks are currently protected in California waters, decades of over fishing, shark finning and bycatch have depleted white sharks and other shark species in California.

Currently the California Department of Fish and Wildlife is collecting data and assessing whether a threatened or endangered species listing is merited for this species. Collecting the most current scientific data will make it possible to gauge population estimates for white sharks and in turn help establish proper management and regulatory policies.

For Heal the Bay, the conservation of sharks has been a critical part of the work we do through our educational programs, advocacy and policy development. Last year, Heal the Bay helped champion an important law making it illegal to possess or sell shark fins in California. This type of work not only benefits sharks but the entire ecology of the Santa Monica Bay.

So, are people actually getting “smarter” regarding sharks? Well, I have my doubts. I do know that the work we do at the Santa Monica Pier Aquarium is educating a new generation of adults and children that will treat sharks with respect and admiration rather than with fear from misconceptions. It will take continued education and activism to save the white shark from extinction.