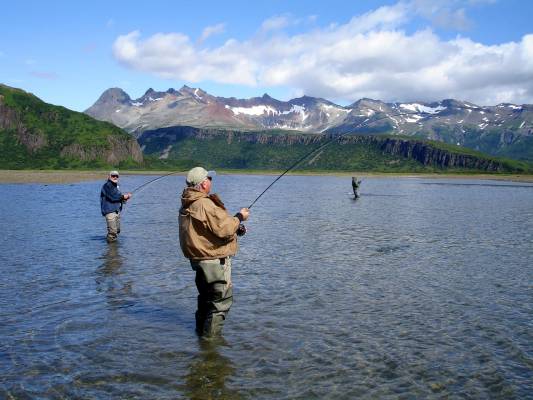 The state projected in its species management plan that king, or Chinook, salmon runs were expected to range from 64,000 to 121,000, with the high end still lower than most years this past decade.

"It's clear from this run size that if we are going to ensure the sustainability of this population over time, we need to get all of those fish to the spawning grounds," Alaska Department of Fish and Game biologist Stephanie Schmidt said.

The state is also bound by the U.S.-Canada Yukon River Agreement to enable Canada-bound fish to reach spawning grounds across the border.

King salmon runs have not recovered to 2003 levels and have enjoyed only an occasionally bump from previous years since. These have led to repeated restrictions on subsistence and commercial fishing as well as disaster declarations by the federal government.

In February, Congress approved nearly $21 million in relief for six fishery disasters in 2012 and 2013, covering the Yukon and Kuskokwim rivers and Cook Inlet.

The causes of the low count in a river that runs 1,200 miles from the Bering Sea east into Canadian spawning grounds, remain elusive.

Salmon are born in fresh water, then swim to salt water where they feed and mature before returning to fresh water rivers and streams to spawn.

According to the Alaska Seafood Marketing Institute, kings are among the largest salmon species but also the least abundant. Kings are sought for their high oil content, making it ideal for various preparation techniques: grilling, broiling, poaching, smoking.