Posted by tvernile on Wednesday, 04 June 2014 in Climate Change 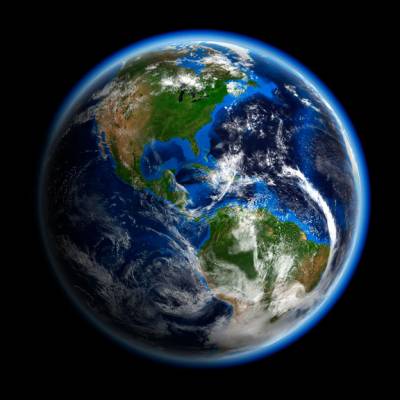 While they do not expect the gases to do much damage to the ozone layer, they think they may add to global warming.

The scientists, at the University of East Anglia (UEA), in the UK, have found two new chlorofluorocarbons (CFCs) and one new hydrochlorofluorocarbon (HCFC). Their research, published in the journal Atmosphere, appears shortly after the same team found four other man-made gases in March this year.

They made the discovery by comparing samples of today’s air with samples collected between 1978 and 2012 in the unpolluted air of Tasmania, and samples taken during aircraft flights. Their measurements show that two of the new gases have reached the atmosphere in recent years.

Ozone protects living things against the harmful effects of ultra-violet radiation from the sun, which can cause cancer and blindness in humans, as well as harming crops and wildlife on land and at sea.

Scientists discovered in 1985 that CFCs − the man-made gases used mainly in refrigerants and aerosols − were damaging the Earth’s protective layer of ozone over the Antarctic, thinning it and causing what has become known as “the ozone hole”. A similar, but less marked, weakening occurs over the Arctic as well.

That led to the world’s governments agreeing the Montreal Protocol in 1987. The production of all CFCs was banned in 2010, and the prediction was that, if countries observed the Protocol strictly, the damage to the ozone layer would be repaired by mid-century.

Dr Johannes Laube, from UEA’s school of environmental sciences, said: “Two of the gases that we found earlier in the year were particularly worrying because they were still accumulating significantly up until 2012.

“Emission increases of this scale have not been seen for any other CFCs since controls were introduced during the 1990s, but they are nowhere near peak CFC emissions of the 1980s.”

He said the three gases that had now been identified were in much lower concentrations than the ones found in March, so they were unlikely to threaten the ozone layer. But the findings strengthened the team’s argument that there are many more gases in the atmosphere that still await identification, and which together might well have an impact.

Corinna Kloss, who undertook the research while at UEA and is now at the Jülich Research Centre in Germany, said: “All seven gases were only around in the atmosphere in very small amounts before the 1980s, with four not present at all before the 1960s, which suggests they are man-made.

“Where these new gases are coming from should be investigated. Possible sources include industrial solvents, feedstock chemicals, and refrigerants.”

But there is a further concern over the chemicals that destroy the ozone layer, and that is their ability also to intensify global warming.

Dr Laube told the Climate News Network that the concentrations of all three newly-discovered gases were about one-tenth of those found in March. None seemed to have drastically increased in concentration in recent years, so he thought they were unlikely to be a problem to the ozone layer in the foreseeable future.

On global warming, however, one gas (HCFC-225ca) had been estimated as being 127 times stronger than CO2 on a per kg basis. This, Dr Laube estimated, meant an impact equivalent to about 50,000 tonnes of CO2 for 2012.

“For the two CFCs, global warming potentials are currently unknown,” he said. “If we look at other similar CFCs, they are likely to be 5,000 to 10,000 times more effective than CO2.”

For comparison, global CO2 emissions in 2011 were estimated by the Netherlands Environmental Assessment Agency at 34 billion tonnes.

This article was produced by the Climate News Network.