Posted by plantitfilm on Saturday, 04 October 2014 in Transportation 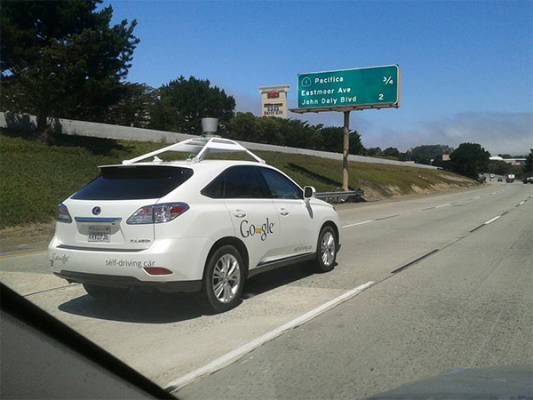 Los Angeles could one day battle snarling traffic with a fleet of self-driving cars — at least if Mayor Eric Garcetti gets his way.

Speaking Monday at an event sponsored by The Atlantic magazine, he outlined his vision for a ride-sharing service, much like Uber or Lyft, that would depend on automated cars that can drive themselves. This was not science fiction talk. Garcetti said that the city was working with the University of California, Los Angeles, to create an area near campus to test the technology out.

It's not clear how far they have progressed. When contacted by NBC News, a spokesperson for the L.A. mayor's office said it was only in "preliminary discussions with UCLA," and that no further details, like whether the city or private companies would run the envisioned service, were available. But Garcetti's comments still represent a big jump.

“There are a lot of government officials who are talking about autonomous vehicles, because when they do, they tend to get a lot of attention,” Joshua Schank, president of the Eno Center for Transportation, a non-partisan think tank, told NBC News.

“Garcetti is the first person I have seen say, ‘Here is a place where we going to incubate this technology,’ and I think that is a positive first step.”

The promise of self-driving vehicles

The L.A. mayor might be first big-name politician to talk about a fleet of autonomous robot taxis, but plenty of academics have imagined what that future would look like.

First, to understand why self-driving cars could be so great, it's important to understand how inefficient drivers are right now. Around 76 percent of people who drive to work do it alone, according to the U.S. Census Bureau. When drivers aren't commuting by themselves, they are looking for parking.

In San Francisco, transportation officials said that 30 percent of traffic in the city was caused by people looking for parking, while a study from Imperial College in London found that 40 percent of all gasoline used in congested urban areas was burned by people circling for a parking spot.

When cars aren't crawling along the street, they are not moving. That is also a problem.