Posted by Wolf on Monday, 30 January 2012 in Agriculture 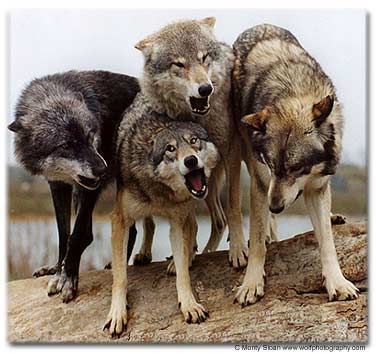 It became official on Friday — gray wolves are no longer protected under the Endangered Species Act and returned to management of the Great Lakes states.

Secretary of the Interior, Ken Salazar, announced Friday morning that gray wolf populations in the Great Lakes region have recovered and that the U.S. Fish and Wildlife Service (USFWS) would publish a final rule in the Federal Register.

It will remove wolves in Michigan, Minnesota, and Wisconsin and in portions of adjoining states from the list of endangered and threatened wildlife and plants.

In a news release, Secretary Salazar pointed out that once again the Endangered Species Act has proved to be an effective tool for bringing a species back from the brink of extinction.

“Thanks to the work of scientists, wildlife managers, and our state, tribal, and stakeholder partners, gray wolves in the western Great Lakes region are now fully recovered and healthy,” Salazar said in the statement.

Wolves total more than 4,000 animals in the three core recovery states in the western Great Lakes area and have exceeded recovery goals. Minnesota’s wolf population is estimated at 2,921 animals, 687 wolves live in Michigan’s Upper Peninsula, and another 782 reside in Wisconsin.

Each state has developed a plan to manage wolves individually and wolf populations will be monitored for at least five years to ensure the species continues to thrive.

If it appears, at any time, that the gray wolf cannot sustain itself without protection, the USFWS can again initiate the listing process, including emergency listing.