Posted by stringer on Thursday, 10 April 2014 in Wildlife Conservation

Alaska To Sue For Road Through Izembek Wildlife Refuge 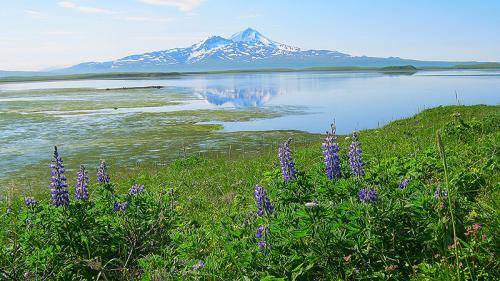 The state of Alaska announced Monday it will sue the federal government to open a road through a national wildlife refuge so that residents of a village will have improved access for emergency flights at an all-weather airport.

Interior Secretary Sally Jewell in December rejected a proposed land swap that would have allowed a one-lane gravel road through Izembek (EYE'-zem-bek) National Wildlife Refuge to connect King Cove with Cold Bay, two communities at the tip of the Alaska Peninsula near the start of the Aleutian Chain.

The road is proposed for an isthmus along the 150-square-mile Izembek Lagoon, home to world's largest known bed of eelgrass, which provides fodder to migratory waterfowl — such as Pacific brant and endangered Steller's eiders — as they head south for the winter.

The road would connect King Cove, a village of about 1,000, where strong winds and nasty weather often make flying dangerous, to Cold Bay, a former military facility with Alaska's third-longest runway.

"In just the last several weeks, serious health-related evacuations have shown just how critical a road for medical evacuations is for residents," Parnell said in a prepared statement.

The grounds for the lawsuit, Parnell said, would be the Mining Act of 1866, which grants rights of ways based on historic use.

Environmental groups strongly oppose an Izembek road for the precedent it would set in refuges and for damage it would create in what's acknowledged as world-class migratory bird habitat.