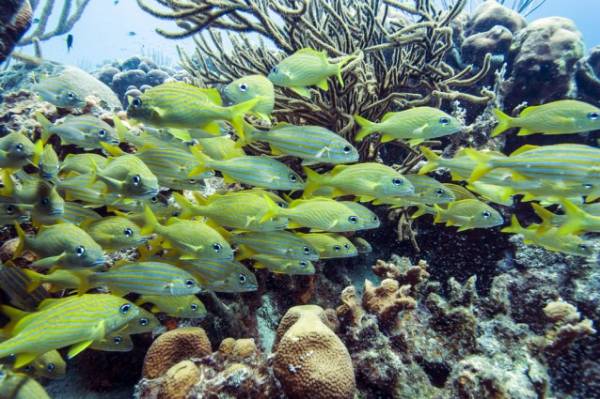 The ocean’s upper levels contain three times the amount of mercury as they did before the industrial revolution, according to a new study.

The study, published this week in Nature, is the first to create a comprehensive overview of the mercury in the ocean. The study also determined where the mercury was coming from, finding that human activities, including burning fossil fuels like coal, and mining for gold and coal, are the main drivers for the increase in the ocean’s mercury, causing the substance toincrease by a factor of 3.4 in the ocean’s upper levels since the Industrial Revolution started.

The research team figured out the mercury’s relationship to human activities by comparing itto the well-documented levels of CO2 over the last few decades. The researchers found that the ratio of added mercury to added CO2 stays about the same in the ocean, so by using data of how much CO2 is in the ocean, they were able to estimate how much mercury has been added over the last several decades.

Because the increase in mercury is driven by human activities — settling into the ocean from air pollution or being carried via streams and rivers — the upper 100 meters (328 feet) of the ocean is the region that’s most quickly accumulating the dangerous element. But the increase in the ocean’s surface levels means that, as humans emit more mercury, the deep ocean is going to be less and less able to store the mercury, study co-author Carl Lamborgtold Nature.

“You’re starting to overwhelm the ability of deep water formation to hide some of that mercury from us, with the net result that more and more of our emissions will be found in progressively shallower water,” he said. Lamborg also said that, at the rate humans are going now, we’re projected to emit as much mercury in the next 50 years as they did in the last 150 years.

Mercury is a neurotoxin, and ingesting too much of it can cause developmental defects in fetuses and, at extreme levels, death. Typically, people ingest mercury through eating fish, with larger, predatory fish containing more mercury than smaller prey fish. Right now, the scientists aren’t sure how these increased levels of mercury affect the health of ocean fish or the health of people consuming them

“I would not stop eating ocean fish as a result of this,” Simon Boxall, lecturer on ocean and Earth science at the University of Southampton, told the Guardian. “But it is a good indicator of how much impact we are having on the marine environment. It is an alarm call for the future.”

More regulations on mercury would help, scientists say. David Krabbenhoft, a geochemist with the U.S. Geological Survey, told Nature that since the study shows that the oceans are affected by humans’ mercury-emitting actions, it should also mean that the oceans would also be responsive to actions that reduce mercury pollution. The Environmental Protection Agency’s MATS rule, which has faced court challenges but is expected to go into effect in 2015 or 2016, is expected to reduce mercury from coal-fired power plants by 90 percent, according to the agency.

It’s not just the oceans that are struggling with mercury, however. In April, a report from the U.S. Geological Survey and National Park Service found that even the most remote lakes and rivers in the U.S. aren’t safe from mercury pollution, with 5 percent of the freshwater fish sampled from 21 national parks containing levels of mercury high enough to trigger toxic responses from the fish. Thirty-five percent of the fish in the study contained enough mercury to pose a health risk to some predatory birds, and 68 percent had too much mercury to be safe for “unlimited consumption” by humans.