Posted by Joao Fonseca on Friday, 14 November 2014 in Food 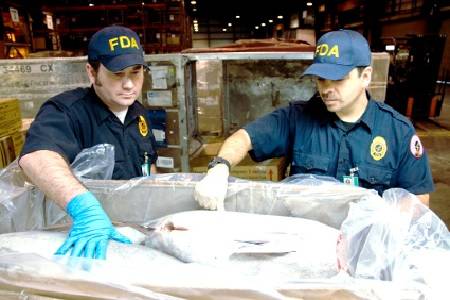 The US Food and Drug Administration (FDA) has released the results of a two year investigation into seafood labeling that found 85 per cent of the seafood it tested was properly labeled.The work included seven hundred DNA samples collected from wholesalers in 14 states, prior to restaurant or retail sale. What’s more, FDA targeted types of seafood most often suspected to be mislabeled. The identified mislabeling was found in two species, snappers and groupers, which represent less than two per cent of total seafood sales.“This extensive federal analysis brings the challenge of mislabeling into a much clearer focus,” said John Connelly, President of the National Fisheries Institute (NFI) “While at the same time calling into question other mislabeling ‘studies’ that suggest the issue is widespread and in need of a legislative fix.”NFI has previously called for more enforcement of federal and state labeling laws, rather than new legislation, noting that multiple anti-fraud laws already exist.“What the FDA found reinforces the need for implementation of rules already on the books,” said Lisa Weddig, Secretary of the Better Seafood Board (BSB.) “We don’t need more regulations and rhetoric, we need more enforcement.”The BSB and the National Restaurant Association work together on the labeling issue through a memorandum of understanding that includes educational outreach and even menu audits.“Eighty-five per cent of seafood was labeled correctly and the mislabeling was focused on two species,” said Connelly. “Our job is to work with companies and focus on those problem areas.” He continued, “This type of information gives regulators important insights and helps them focus their resources. New laws don’t do that.”The FDA maintains jurisdiction over misbranded food under the Federal Food Drug and Cosmetic Act.The Better Seafood Board (BSB) was established by the National Fisheries Institute to provide a mechanism for industry’s partners in the supply chain – restaurants, retail operations, producers and processors - to report suppliers suspected of committing economic fraud.