Peru's forests store more CO2 than US emits in a year 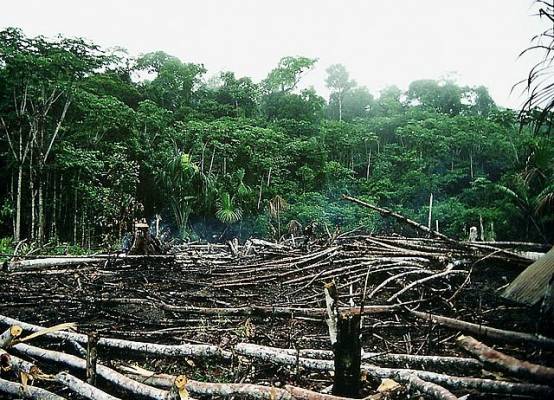 Peru, the host for December’s UN climate change summit, stores nearly seven billion metric tons of carbon stocks, mostly in its Amazon rainforest. That’s more than US annual carbon emissions for 2013 which were calculated at 5.38 billion tons, the new research by the Carnegie Institute for Science (CIS) shows.

Home to the second-largest area of Amazon rainforest after Brazil, Peru is to date the most accurately carbon-mapped country in history thanks to high-resolution mapping which provides a hectare-by-hectare look at its carbon reserves, it was reported in the Proceedings of the National Academy of Sciences (PNAS).

The research by CIS’s Greg Asner means Peru now knows precisely how much carbon it is storing in its rainforest and where that carbon is being kept out of the atmosphere, allowing the country to negotiate a fair price for its reserves on the global carbon market.

“We found that nearly a billion metric tons of above-ground carbon stocks in Peruare at imminent risk of emission into the atmosphere due to land uses such as fossil fuel oil exploration, cattle ranching, oil palm plantations and gold mining,” Asner told the Guardian.

The good news is there may be up to 30 million hectares of potential new protected forest areas, Asner said, which may be able to store close to three billion metric tons of carbon. The majority of already protected carbon stocks exist only in 10 parks and reserves, and just four of these are fully enforced.

“Transitioning partially protected preserves to fully protected ones would help to counterbalance a great deal of the carbon that is expected to be lost due to land use in the near future,” Asner added.

Using advanced three-dimensional forest mapping data integrated with satellite imaging data the team was able to create a map of carbon density throughout the 128 million hectare (320 million acre) country at a resolution of one hectare (2.5 acres).

“This new map provides the evidence needed to start negotiating in the carbon market on a bigger scale,” said Manuel Pulgar-Vidal, Peru’s environment minister, whose ministry supported the Carnegie Institution in creating the map.

“Our government is also studying carbon stocks in the soil, and is doing a forest inventory, and we have a forest investment program. These initiatives will better prepare us to face changes in land use.”

Tropical forests convert more carbon from the atmosphere into biomass than any other terrestrial ecosystem on Earth. Currently tropical deforestation and forest degradation account for about 10% of the world’s carbon emissions annually.

This new mapping approach is scalable to any tropical country, said researchers.