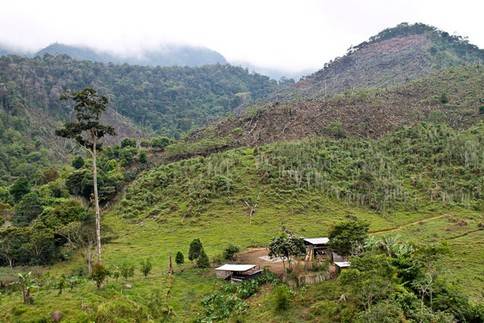 The killing of tribal leaders trying to defend their Amazon rainforest lands from illegal logging has put Peru's president under pressure ahead of next month's UN climate conference.

PERU'S COMMITTMENT TO protecting its forests has been called into question by a new report from environmental investigation agency, Global Witness, after four indigenous leaders were killed attempting to defend their lands in the Ucayali region in September.

The men, from the Ashéninka people of the Peruvian Amazon, included Edwin Chota, a prominent anti-logging campaigner.

Patrick Alley, co-founder of Global Witness, said: "The murders of Edwin Chota and his colleagues are tragic reminders of a paradox at work in the climate negotiations. While Peru's government chairs negotiations on how to solve our climate crisis, it is failing to protect the people on the frontline of environmental protection.

The killings were highlighted in a report, titled Peru's Deadly Environment, which says "the commitments of Peru to protect its carbon-rich forests and the people who live in them, in light of unfettered illegal logging, disregard for indigenous land claims, and new laws that favour industrial exploitation over environmental protection".

In two weeks' time Peru will play host to the world as the 20th conference of the parties on international climate change negotiations will take place in the capital Lima.

The report follows a wider Global Witness investigation of the escalating number of people killed trying to defend the environment. Between 2002 and 2013, it says, 908 campaigners were killed in 35 countries. Brazil was the worst offender, with 448 killings, Honduras second with 109, and the Philippines with 67.

The recent killings in Peru makes it the fourth most dangerous place to be a defender of the environment, with 57 people killed − 60 per cent of them in the last four years. This is mostly in disputes over land rights, mining and logging. Over 20 million hectares of land claims of indigenous communities have not been processed.