Posted by tvernile on Friday, 18 July 2014 in Air Quality 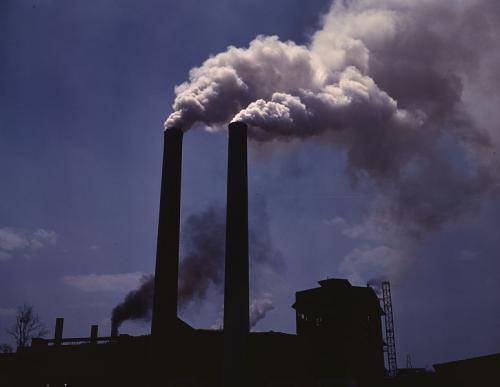 While developed countries and regions have long been culprits for Earth's rising greenhouse gas emissions, Cornell researchers – balancing the role of aerosols along with carbons in the equation – now predict a time when developing countries will contribute more to climate change than advanced societies: 2030.

Published in Environmental Research Letters (July 11), the new study was designed to inform international policymakers on the role of aerosols, as opposed to strictly greenhouse gases, when considering climate change mitigation.

"Historically, between 1850 and 2010, the United States and the European Union have contributed the most to Earth's climate change. But the portion of global surface temperature change from human activities attributable to developing countries is increasing," said Dan Ward, Cornell postdoctoral researcher and the study's lead author. Natalie Mahowald, associate professor of earth and atmospheric sciences, is the senior author.

"In light of all factors, including our understanding of aerosols, we estimate that developing countries will surpass the contribution from developed countries around year 2030," Ward said.

Generally, research considers only how greenhouse gases contribute to climate change, but this study examined the role of released aerosols – that dusty, smoky, hard-to-see-through particulate matter suspended in the atmosphere. Thanks to aerosols, smaller amounts of solar radiation reach the Earth's surface, thereby offering a temporary cooling effect on the Earth's surface temperature. In essence, Ward said,aerosols push back the crossover date for when developing countries contribute more to climate change than developed countries.

"Aerosols change the results in small but significant ways," said Ward. "When trying to understand climate change at the global level we have to take a comprehensive view of where they are coming from."